What is capillary electrophoresis instrument? 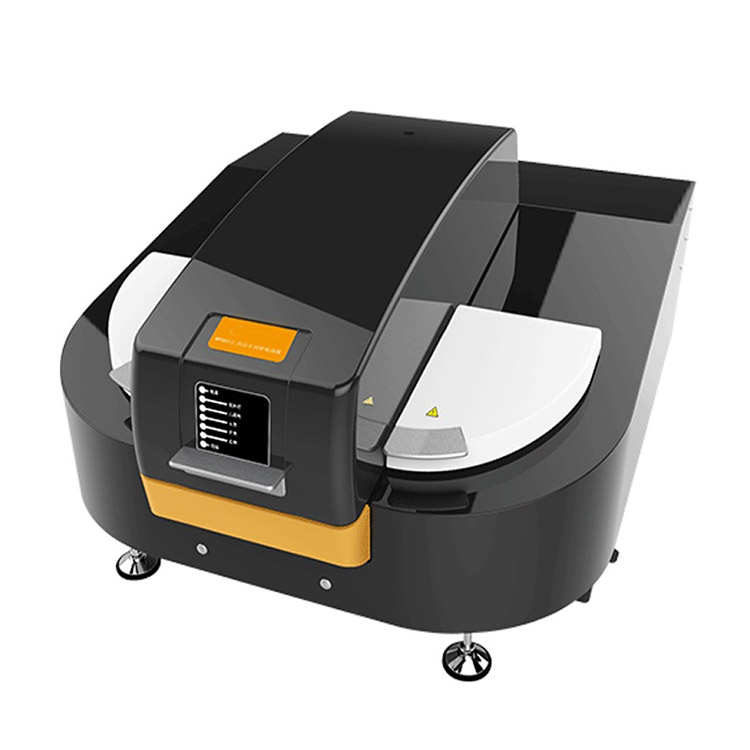 Capillary electrophoresis instrument is a laboratory instrument that separates components by using a flexible quartz capillary as the separation channel and a high voltage DC electric field as the driving force and then separates the components according to the differences in the flow rate (migration rate per unit electric field strength) and distribution behavior of each component in the sample.

When the electrolyte is loaded and run in a capillary electrophoresis column, electroosmotic flow is generated due to the presence of silicone hydroxyl groups in the wall of the tube, and the solution inside the entire capillary column moves in a directional manner driven by the electroosmotic flow. The separation principle is based on the difference in ion migration velocity under the action of the electric field, which is the main difference from the general chromatographic technique, rather than on the partition coefficient of the components in the mobile and stationary phases.

Quartz is the most common material used to make capillary columns. The basic component of quartz is silicon dioxide, which is divided into natural quartz and artificial quartz.

Of all materials, glass has the strongest electro-permeability. However, glass material contains impurities.

Polytetrafluoroethylene has properties such as UV permeability and weak electro-osmosis. The disadvantages of using PTFE are that the tubes do not have a uniform inner diameter, adsorption to the sample, poor heat transfer, etc.

The detectors are usually UV or laser-induced fluorescence detectors.

a. Filled the buffer into the capillary column.

b. Injecting end is replaced with cuvette injection.

c. Switch back to buffer pool.

e. Separation of components due to flow and distribution differences. 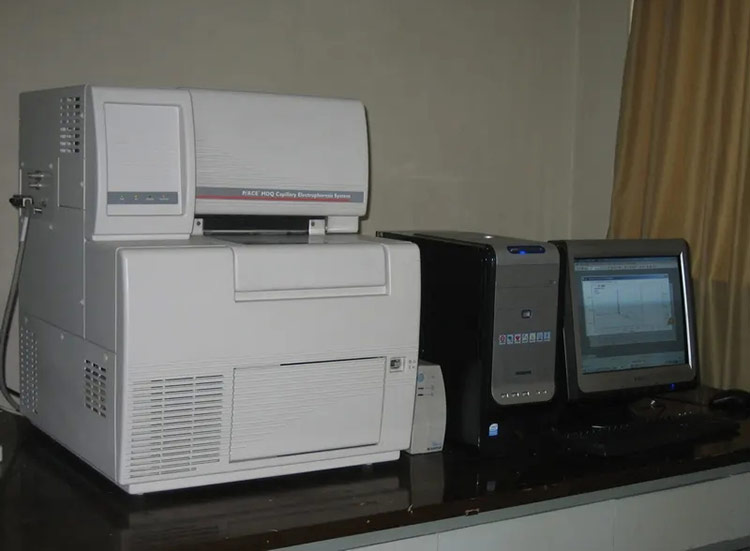 A. Medical and clinical testing

Applications of capillary electrophoresis in medical and clinical testing include pathological testing of patients, disease diagnosis, analysis of disease mechanisms, and analysis of metabolites in vivo. The objects of analysis are drugs, disease-related markers, ions in body fluids or tissues, etc.

B. Drugs and natural products

CE analysis and detection of drugs or natural products mainly include synthetic drugs, protein drugs, and active ingredients of plants.

CE has the advantage of detecting biological macromolecules such as proteins, nucleic acids, and sugars. It is also widely used for the detection of biological small molecules or metabolic intermediates.

Use of capillary electrophoresis instrument

Capillary electrophoresis analysis requires a high level of injection technique, and the injection operation is as follows.

c. Sample pre-concentration. Constrained by the total volume in the capillary, for samples with very dilute concentration, capillary electrophoresis cannot increase the sample volume to improve detection sensitivity as HPLC can, but some measures can be taken to improve it.
a) When the conductivity of the sample buffer is significantly lower than that of the electrophoresis buffer by more than 100 times, the addition of voltage at both ends of the capillary can form a larger electric field in front of and behind the sample zone, which makes the molecules in the sample solution migrate faster. When these molecules reach the boundary of the electrophoresis buffer, the migration speed slows down because the electric field weakens, so that the sample zone becomes narrower and the concentration increases, and the purpose of concentration is achieved.
b) When the sample buffer and electrode buffer have the same conductance, and the sample concentration is dilute and not suitable for further dilution, some water can be inhaled before the sample is injected, which can also achieve the purpose of concentration.
c) No matter what kind of injection method is adopted, the above method can make the sample pile up and concentrate. However, due to the steep drop in potential in the stacking zone, it will lead to an increase in temperature in this zone.

d. The sample feeding operation should be started immediately after the capillary is inserted into the sample solution. After completion, the capillary should be quickly moved to the buffer to start electrophoresis. Otherwise, capillary action and siphoning will occur, causing errors and broadening of the spectral band.

e. The electrode should not be in contact with the capillary tube. The level of the sample reservoir and buffer reservoir should be balanced.

f. Keep the system as constant as possible. Because the temperature directly affects the viscosity and affects the constant amount of the sample feed.

g. The solvent in the sample solution must be mutually soluble with the buffer, and the ionic strength of the former should be lower than that of the latter.

h. Prevent evaporation and loss of sample solutions and buffers.

How to buy capillary electrophoresis instrument?

ANTITECK provide lab equipment, lab consumable, manufacturing equipment in life sciences sector.
If you are interested in our capillary electrophoresis instrument or have any questions, please write an e-mail to info@antiteck.com, we will reply to you as soon as possible.
You may also like:
Test Tube
Specimen Bag And Biohazard Specimen Bag
Centrifuge Tube