What is gel permeation chromatography? 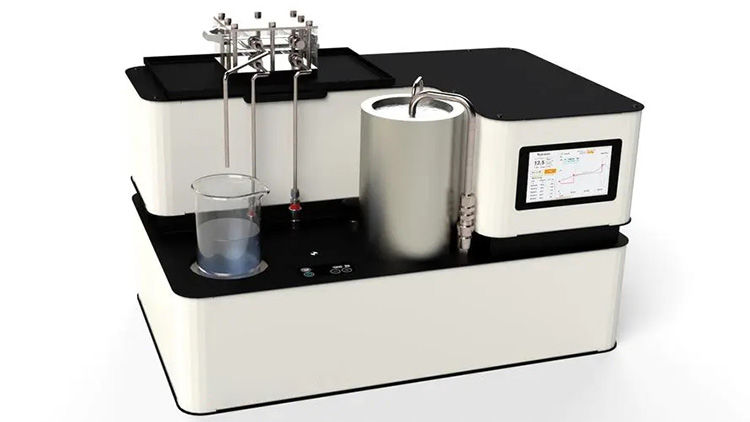 In modern research, the examination of molecular weight and molecular weight distribution of polymeric materials is one of the important tasks to measure the material properties. Molecular weight determination has a wide range of applications in material development and preparation, quality control, and failure analysis. The various properties of many polymer materials are directly related to molecular weight, such as impact strength, heat, oxygen aging, corrosion resistance, tensile and bending, etc. One of the most common methods used to study polymers is gel permeation chromatography (hereinafter referred to as GPC). Gel Permeation Chromatography system is used to determine the fractionation and distribution of highly fractionated materials and to analyze the content of each component of the material, and the mobile phases available for GPC testing include water, tetrahydrofuran (THF), dichloromethane (DCM), dimethylformamide (DMF), trichlorobenzene (TCB), and chloroform. 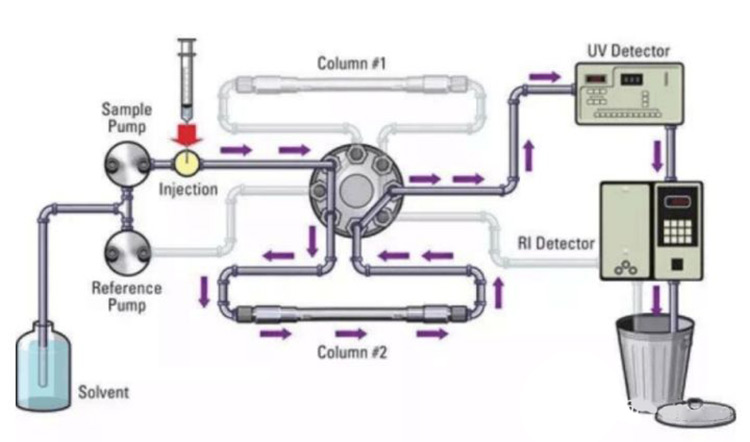 Composition of the GPC instrument

a. The pump system consists of a solvent reservoir, a degassing unit, and a high-pressure pump. Its job is to make the mobile phase (solvent) flow into the column at a constant flow rate. The good or bad working condition of the pump directly affects the accuracy of the final data. The more precise the instrument, the more stable the working condition of the pump is required. The error of the required flow rate should be less than 0.01mL/min.

c. The filler needs to be selected according to the solvent to be used. The most basic requirement for the filler is that the filler cannot be dissolved by the solvent.

d. The material of the column is usually glass or stainless steel.

e. The detection systems are available as universal detector, differential refractometer detector, UV absorption detector and selective detector. Universal detectors are suitable for the detection of all polymers and organic compounds. The refractive index of the solvent for the differential refractometer detector is as different as possible from the refractive index of the sample to be measured. UV absorption detectors are characterized by the absence of strong absorption of the solvent near the characteristic absorption wavelength of the solute. Selective detectors are suitable for polymers and organic compounds that have a specific response to this detector.

The gel is chemically inert and it does not have adsorption, partitioning, or ion exchange. The polymer solution being measured needs to pass through a column with different pore sizes inside. The paths available for molecules to pass through the column are the inter-particle gaps (larger) and the through-pores within the particles (smaller). As the polymer solution flows through the column (gel particles), larger molecules (larger in size than the gel pores) are excluded from the small pores of the particles and can only pass through the gaps between the particles at a faster rate, while smaller molecules can enter the small pores in the particles and pass at a much slower rate. In contrast, medium-sized molecules can penetrate into larger pores but are excluded by smaller pores, between the two cases mentioned above. After a certain length of the column, the molecules are separated according to their relative molecular masses, with those with larger relative molecular masses in front and those with smaller relative molecular masses at the back. The total volume of leachate received from the time the sample is fed into the column to the time it is eluted is called the leachate volume of the sample. When the apparatus and experimental conditions are determined, the leachate volume of the solute is related to its molecular weight. The larger the molecular weight, the smaller the leachate volume. 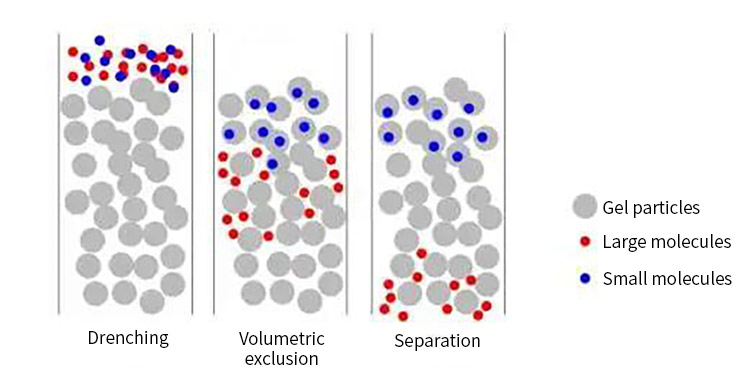 Drugs are usually composed of components of different sizes. Theoretically, the GPC spectrum of a branded drug is as characteristic as a human fingerprint under certain chromatographic conditions. By comparing the similarities and differences between the GPC spectra of two samples, it can be determined whether they belong to the same brand. By the same token, GPC can be used for the quality inspection of chemical raw materials.

B. Application of gel permeation chromatography in the pre-treatment of pesticide residues analysis

How to buy gel permeation chromatography?

ANTITECK provide lab equipment, lab consumable, manufacturing equipment in life sciences sector.
If you are interested in our gel permeation chromatography or have any questions, please write an e-mail to info@antiteck.com, we will reply to you as soon as possible.
You may also like:
Dosing Pump
EtO Sterilizer
Plasma Cleaner