What is ion chromatography system? 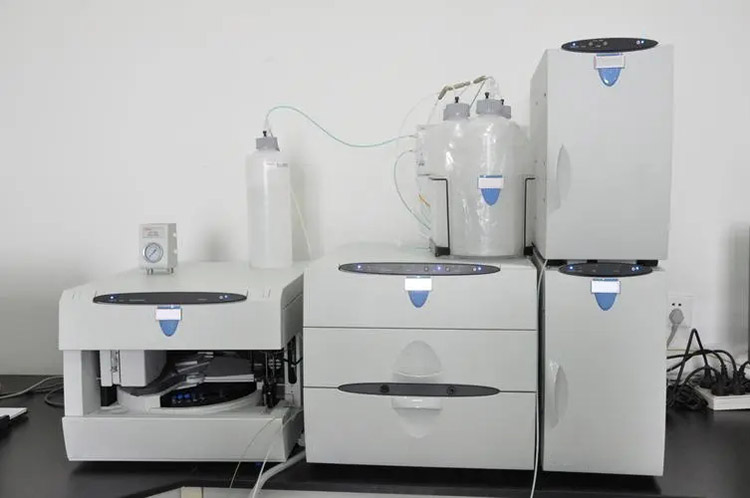 Ion exchange chromatography is based on the principle of different forces between ions. It is mainly used for the separation of organic and inorganic anions and cations.

The separation mechanism of ion-pair chromatography is adsorption and separation. The selectivity is mainly determined by the mobile phase. This method is mainly used for the separation of surface-active anions and cations as well as metal complexes.

The separation principle of ion chromatography systems is based on the reversible exchange between dissociable ions on ion exchange resins and solute ions with the same charge in the mobile phase and the difference in the affinity of the analyte solute for the exchange agent and are separated. It can be applied to the separation of hydrophilic anions and cations.

a. An infusion pump delivers the mobile phase to the analytical system at a steady flow rate (or pressure).

b. The sample is introduced through the injector before the column.

c. The mobile phase carries the sample into the column, where the components are separated and flow sequentially with the mobile phase to the detector.

d. Suppression ion chromatography adds a suppression system before the conductivity detector, i.e., another high-pressure infusion pump is used to deliver the regeneration solution to the suppressor.

e. In the suppressor, the background conductance of the mobile phase is reduced. The effluent is then introduced into the conductivity detection cell and the detected signal is sent to the data system for recording, processing, or storage.

f. Non-suppressed ion chromatographs do not use suppressors and high-pressure pumps to deliver regeneration solution, so the structure of the instrument is relatively much simpler and cheaper.

Ion chromatography systems are mainly used for the analysis of environmental samples, including anions and cations in samples such as surface water, drinking water, rainwater, domestic and industrial wastewater, acid precipitates and atmospheric particulate matter, trace impurities in water, and reagents related to the microelectronics industry. In addition, it has a wide range of applications in the fields of food, hygiene, petrochemical, water, and geology. 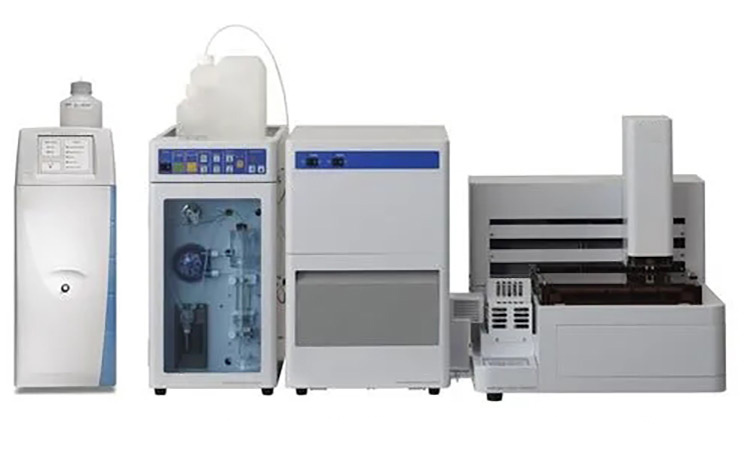 The properties of the drench solution for ion chromatography are acid and alkali solutions. If the drench solution comes in contact with metal, it will cause chemical corrosion. If you choose a stainless-steel pump head, corrosion will lead to pump leakage, poor flow stability and shortened column life, and other problems. The ion chromatography pump head should choose full PEEK material (column normal use pressure is generally less than 20MPa).

b. Type of pump

Autosamplers have the best injection consistency and the best system integration.

The flow path system uses special piping, fittings, and other connecting parts for chromatography to ensure all-plastic contamination-free dissolution as well as to guarantee the reliability and longevity of the materials. Materials include PEEK tubing (for high-pressure areas), PTFE tubing, silicone tubing (for gas line or waste liquid), various joints, and connecting parts.

Separation systems are an important component of ion chromatography. It is also one of the main consumables.

Pre-column, also known as in-line filter, is made of PEEK, and its main function is to ensure the removal of particulate impurities.

The analytical columns are effective in separating the sample components.

The suppression system is one of the core components of an ion chromatography system. Its main function is to reduce the background conductance and improve the detection sensitivity. The quality of the suppressor is related to the baseline stability, reproducibility, and sensitivity of ion chromatography and other key indicators.

Electrolytic self-regenerating membrane inhibition utilizes electrolytic water to produce medium ions and ions in conjunction with ion exchange membranes for inhibition. It is the most recommended method among the three.

The conductivity detector is the most basic and commonly used detector for ion chromatograph systems and follows by the amperometric detector.

The principle of the amperometric detector is based on the measurement of the magnitude of the electrolytic current. It is mainly used for the detection of substances with redox properties.

The pulse amperometric detection mode is mainly used for the detection of alcohols, aldehydes, sugars, amines (one, two, or three amines, including amino acids), organic sulfur, mercaptans, thioethers, and thioureas. However, it cannot detect sulfur oxides.

How to buy ion chromatography system?

ANTITECK provide lab equipment, lab consumable, manufacturing equipment in life sciences sector.
If you are interested in our ion chromatography system or have any questions, please write an e-mail to info@antiteck.com, we will reply to you as soon as possible.
You may also like:
Ceramic Pump
EtO Sterilizer
Plasma Cleaner