What is nitrogen generator? 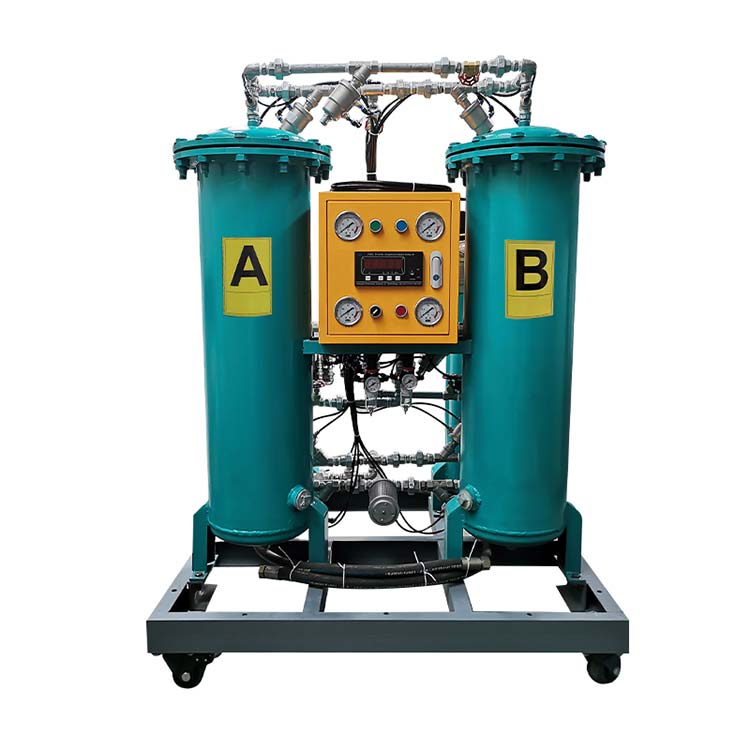 Nitrogen generator is a device that uses air as raw material to obtain nitrogen gas by physically separating oxygen and nitrogen. Nitrogen compressor is used in a wide range of applications, such as in the oil and gas industry. In the process of oil and natural gas extraction, nitrogen is an important energy source to protect the process of oil extraction, with high safety performance, strong adaptability, and continuous production. In addition, it can also be used in chemical, metallurgical, coal, rubber and tire, pharmaceutical, electronic, and other industries. Therefore, nitrogen generators can be used in almost all industries.

The compressed air supplied by the air compressor is first passed into the compressed air purification assembly, where most of the oil, water, and dust is removed by the duct filter. Then it is further de-watered by a freeze dryer, de-oiled and de-dusted by a fine filter, and deeply purified by a super fine filter in the immediate aftermath. The purification components ensure the longevity of the carbon molecular sieve.

The purpose of the air storage tank is to buffer and reduce airflow pulsation, reduce system pressure fluctuations, and allow compressed air to pass smoothly through the compressed air purification assembly. This facilitates the full removal of oil and water impurities and reduces the load on the subsequent PSA oxygen and nitrogen separation unit. When the adsorption tower is being switched over, it also provides the PSA oxygen and nitrogen separation device with a large amount of compressed air needed for a rapid pressure increase in a short period of time, so that the pressure in the adsorption tower quickly rises to the working pressure, ensuring reliable and stable operation of the equipment.

There are two adsorption towers, A and B, equipped with a special carbon molecular sieve. When clean compressed air enters the inlet end of tower A and flows through the carbon molecular sieve to the outlet end, the O2, CO2, and H2O contained therein are adsorbed and the output nitrogen flows out from the outlet end of the adsorption tower. After a period of time, the carbon molecular sieve in tower A saturates and automatically stops adsorption. Compressed air flows into the B tower for oxygen and nitrogen production, and regenerates the A tower molecular sieve. The regeneration of the molecular sieve is achieved by rapidly dropping the adsorption tower to atmospheric pressure and removing the adsorbed O2, CO2, and H2O. The two towers alternate between adsorption and regeneration to complete oxygen and nitrogen separation and continuous nitrogen output. The above processes are controlled by a programmable logic controller (PLC). When the nitrogen purity at the gas outlet reaches the set value, the PLC program automatically opens the valve and automatically evacuates the unqualified nitrogen to ensure that no unqualified nitrogen will flow to the gas consumption point. The noise is less than 75dBA by using anechoic when the gas is emptied. 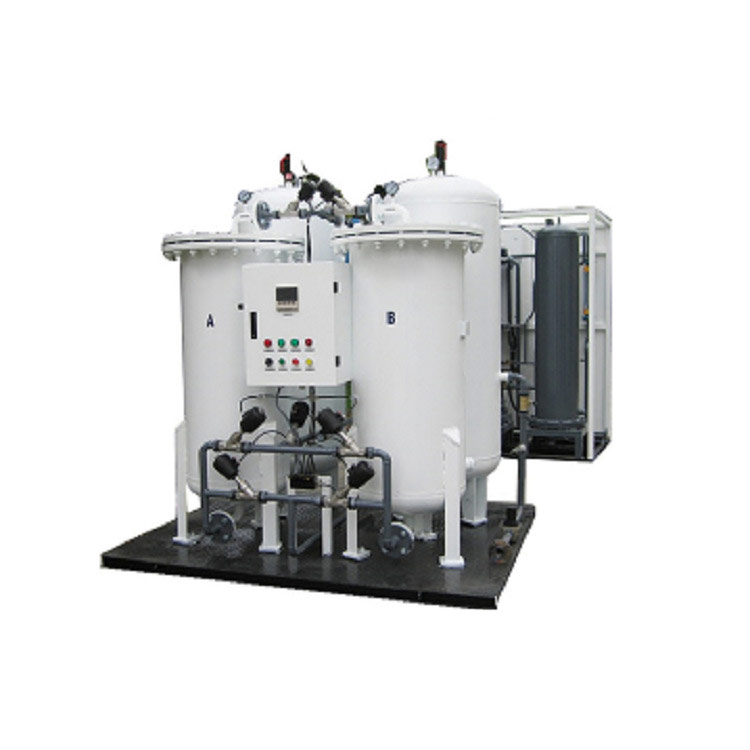 a. Choose the site according to the size of the equipment. The distance between the machine and the surrounding equipment should Keep more than 1 meter to facilitate operation and maintenance.

b. The installation site must have good ventilation and less dust.

c. It cannot be installed in a corrosive environment.

e. If the muffler is installed outdoors, it should have rainproof facilities. Note that its placement height cannot be higher than the exhaust gas outlet, otherwise it will lead to pipeline sewage cannot being discharged and easy to make sewage backflow.

f. To ensure safety, safety voltage electrical components must be effectively connected to the ground wire.

a. Produce high-quality nitrogen gas to meet the requirements of various industries. Pressure swing adsorption nitrogen generator is equipped with a high precision filter to make the nitrogen gas have less than 0.01μm of fine dust particles and less than 0.01 ppm of oil content. Additional devices such as adsorption dryers and sterile filters are available to meet the high requirements of special industries such as liquid crystal displays, quartz oscillators, food, pharmaceuticals, etc.

b. It is a low-cost nitrogen generator. Using clean compressed air as raw material, you can produce nitrogen of various purity levels that meet your requirements without consuming any chemicals. The overall cost is about 10-35% of that of purchasing liquid or gas nitrogen, providing you with significant savings. 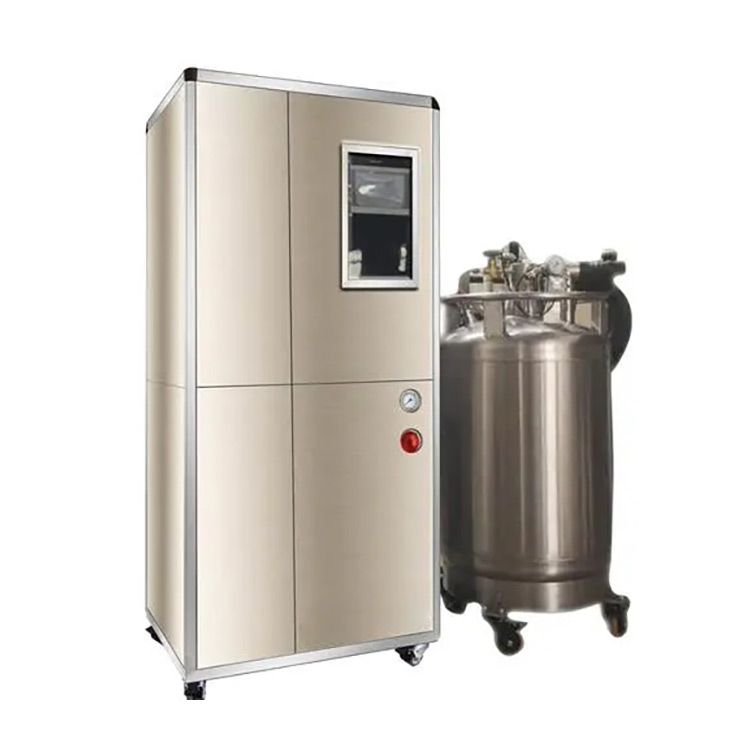 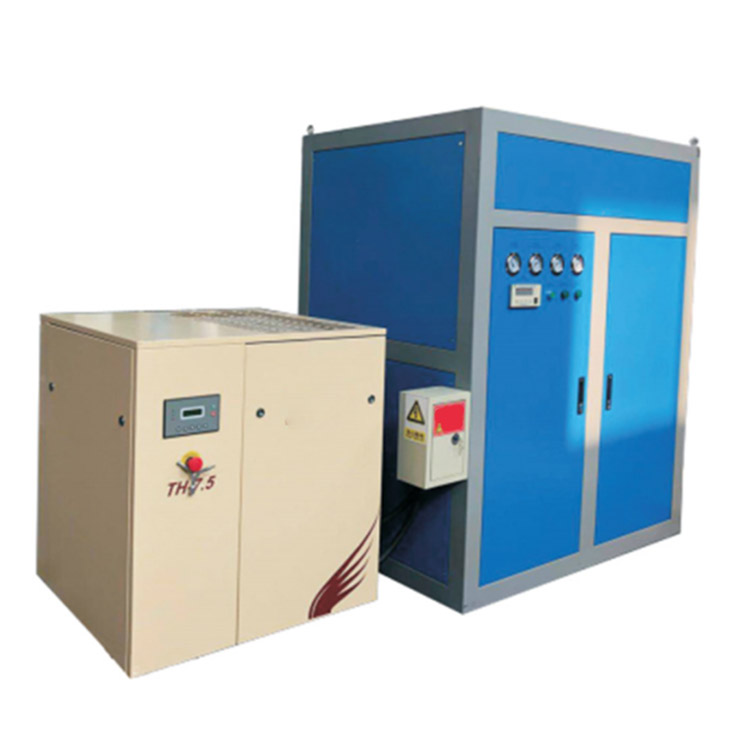 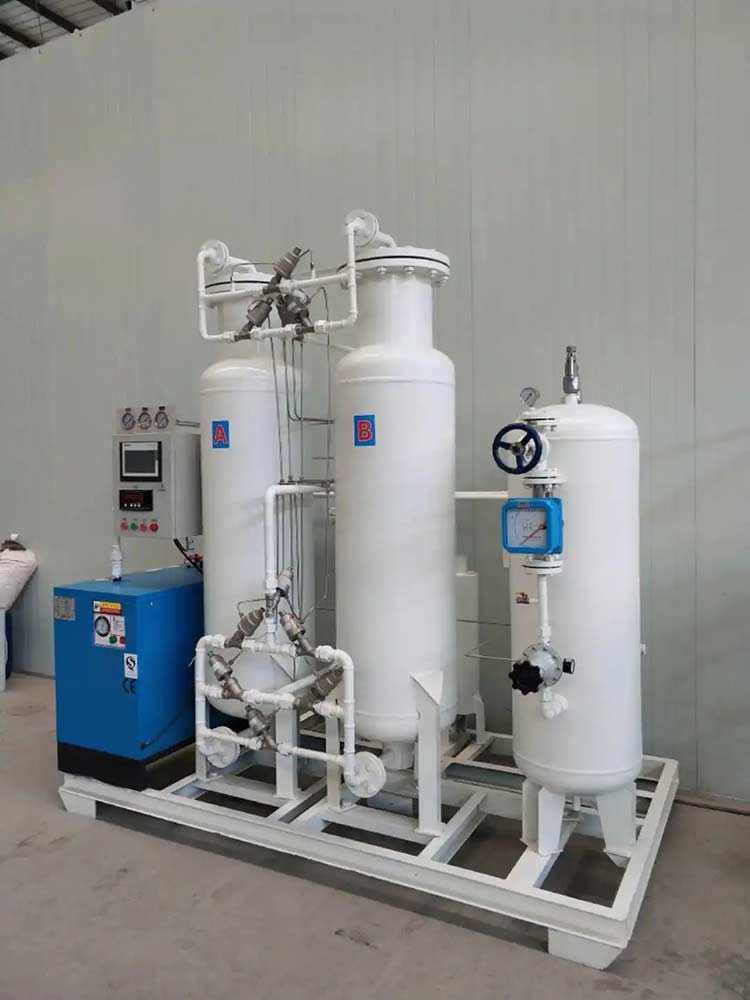 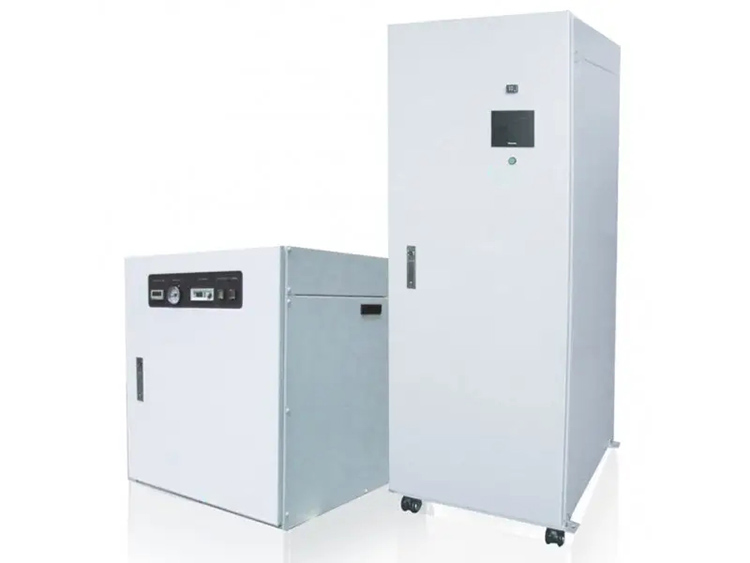 How to buy nitrogen generator?

ANTITECK provide lab equipment, lab consumable, manufacturing equipment in life sciences sector.
If you are interested in our nitrogen generator or have any questions, please write an e-mail to info@antiteck.com, we will reply to you as soon as possible.
You may also like:
Biosafety Cabinet
Serological Pipettes
Spectrophotometer