What is plasma sterilizer? 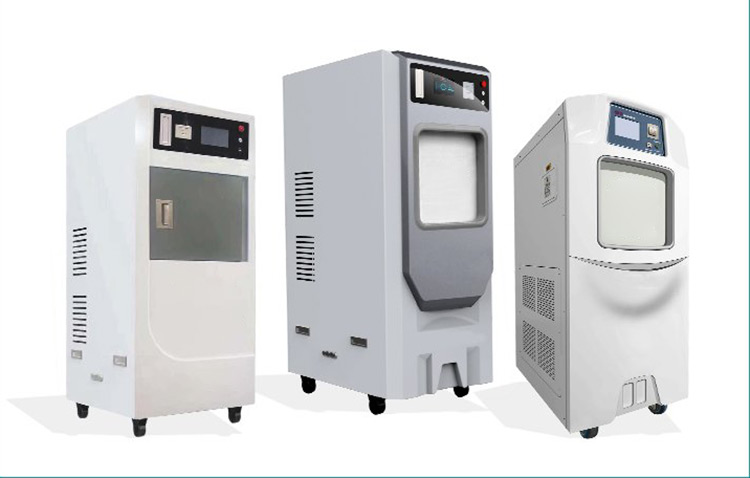 Plasma sterilizer is a scientific instrument that can sterilize metal instruments, which mainly uses bipolar plasma electrostatic field to decompose and break negatively charged bacteria, polarize and adsorb dust, and then combine with drug-impregnated activated carbon, electrostatic network, photocatalytic devices and other components for secondary sterilization and filtration, after sterilization treatment of a large amount of fast circulating clean air to keep the controlled environment at the standard of sterile clean room.

Plasma sterilizer for purifying microorganisms in the air
With the emergence of viruses, the biosafety of air is increasingly important. Hospitals are vulnerable to infected people and pathogenic bacteria concentration, respiratory diseases caused by airborne and easy cross-infection. Applying plasma technology to the field of air purification and disinfection (plasma air purification disinfector), the air is purified and sterilized by using a cutting-edge corona discharge to form a plasma cloud. The elimination rate of Staphylococcus aureus in the air is 95 % in 30 minutes at room temperature and 99.84 % in 60 minutes for Bacillus subtilis black variant bacilli, which is suitable for continuous air disinfection under human conditions.
At present, plasma air purification disinfector has been widely used in clean rooms of factories, hospital operating rooms, isolation wards, and other places with high cleanliness requirements, as well as office buildings, trains, automobiles, and other public places for air disinfection and purification. 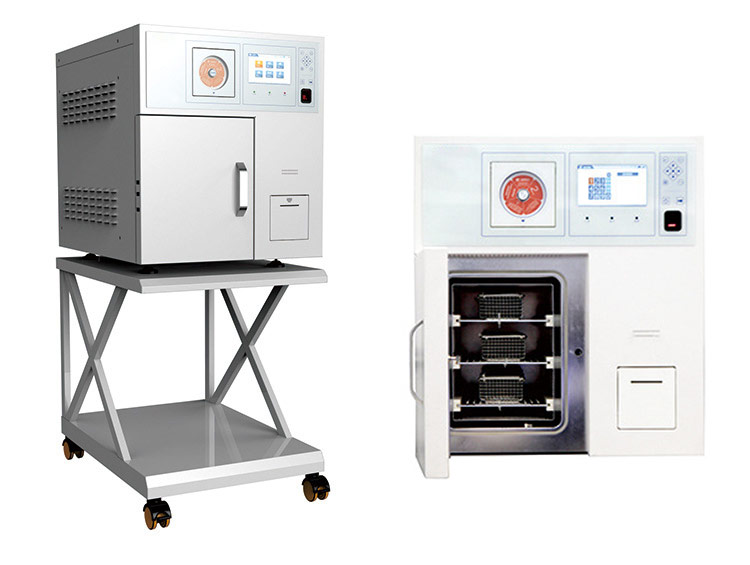 The following is about the working principle of the plasma sterilizer
First of all, the plasma in the plasma sterilizer is an ionized gas-like substance composed of positive and negative ions produced by the ionization of atoms and atomic groups after partial deprivation of electrons.
The plasma contains reactive oxygen atoms, and oxygen molecules and the radiation generated by the plasma will damage bacterial cell membranes, DNA, and proteins by the following mechanisms:
The role of reactive groups
Plasma contains a large number of active oxygen ions, high-energy free radicals and other components, it is very easy and bacteria, mold and bacterium, viruses in the protein and nucleic acid material oxidation reaction and denaturation, so that all kinds of microbial death.
High-speed particle breakdown effect
After the sterilization experiment, through the electron microscope to observe the role of plasma after the bacterial body and virus particles image, showing a lot of holes, which is generated by the high kinetic energy of the electron and ion breakdown etching effect.
Role of UV light
In the process of excitation of hydrogen peroxide to form a plasma, accompanied by part of the ultraviolet ray, this high-energy ultraviolet photon are absorbed by microorganisms or viruses in the protein, resulting in its molecular denaturation and inactivation.

2. Environmental protection
Plasma sterilization works continuously and does not produce ultraviolet light, or ozone, to avoid pollution of the environment.

3. Efficient degradation
While disinfecting the air, can also degrade the toxic and harmful gases in the air. A test report shows that the degradation rate within 24 hours is 91% for formaldehyde, 93% for benzene, 78% for ammonia, and 96% for xylene.
Low energy consumption.
Its start-up power is 1/3 of the UV disinfection machine.
Long service life. Under normal use, its design life of 15 years, while the UV disinfection machine is about 5 years.

The main types of plasma sterilizers are as follows, 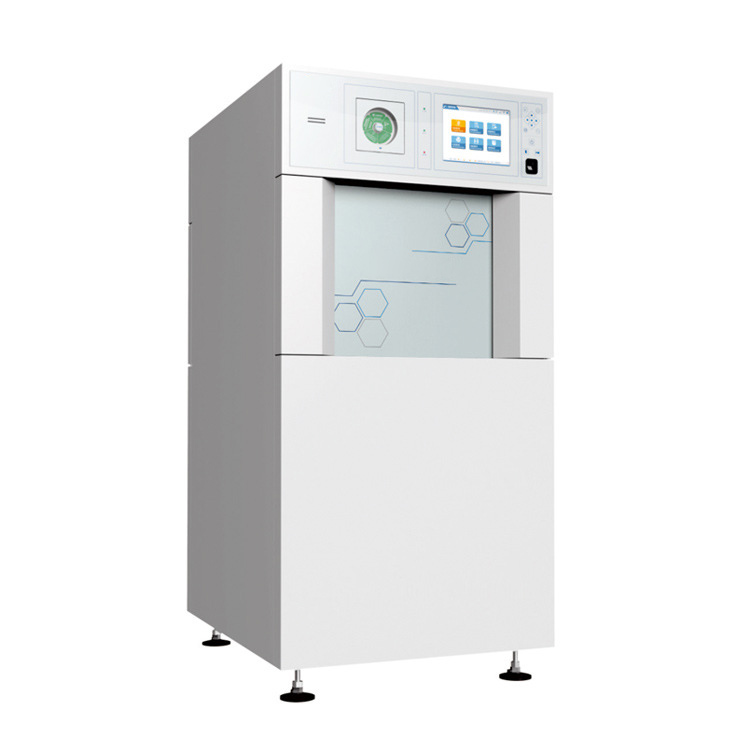 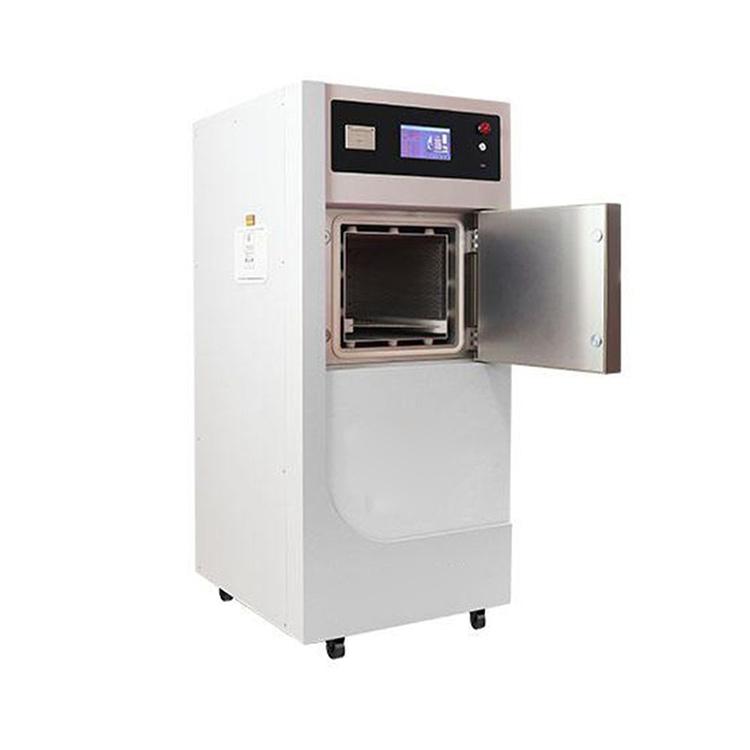 Low-temperature plasma sterilizer is formed in a sterilization chamber formed by a sealed container, and according to the preset conditions and specific equipment, a glow discharge is generated by excitation to form a low-temperature plasma. The H2O2 plasma contains active components such as hydroxyl radical HO-, peroxyl radical HO2-, excited H2O2, active oxygen atom O-activated hydrogen atom H-, etc. These active ions and abundant ultraviolet light have high thermokinetic energy, thus greatly improving the effectiveness of the action with microbial proteins and nucleic acid substances, which can cause microorganisms to die in a very short time and achieve the purpose of sterilizing instruments. The purpose of sterilization of instruments is achieved. 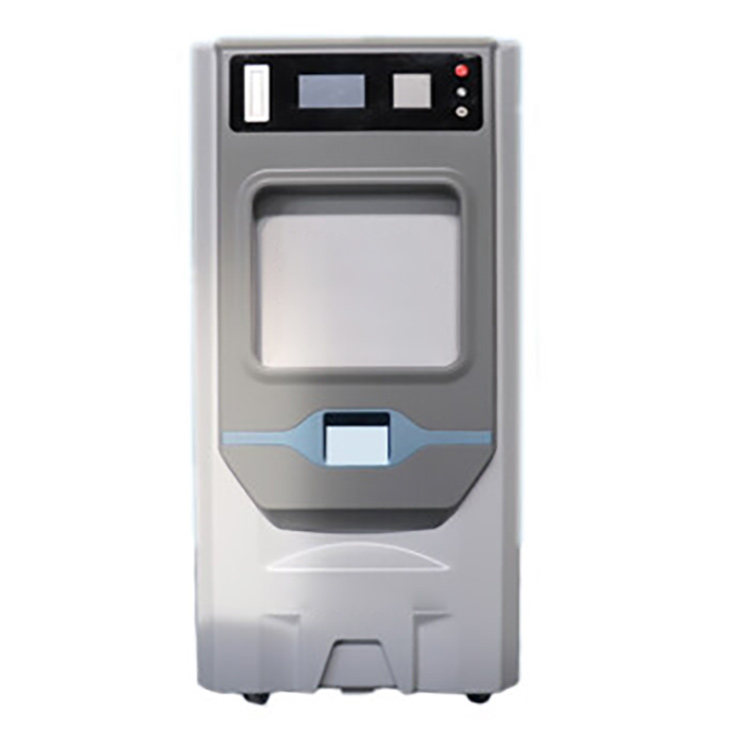 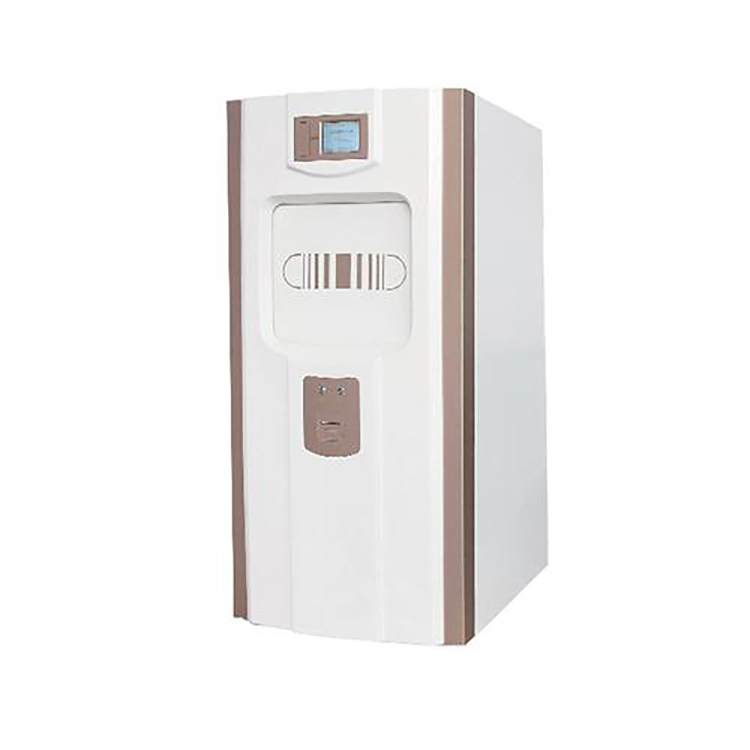 2. The sterilizing agent adopts hydrogen peroxide liquid, no toxic residue, no need for drainage or exhaust, and no damage to the operator's body. The air inlet and exhaust port have filters, which can fully absorb the H₂O₂ excluded in the process of vacuum residue discharge, with no pollution to the environment.

How to use plasma sterilizer?

The following is the operation procedure of the hydrogen peroxide low-temperature plasma sterilizer
Check before power on
1. Check whether the control equipment power supply air circuit breaker has been powered on, the equipment shutdown button red indicator light is lit.

2. Check whether the printer print paper has been correctly placed, if the stone lack paper.

3.Check whether the equipment has obvious damage or other abnormalities.

2. Check the number of remaining capsules.

3. Turn on the machine 30 minutes before sterilization to preheat the equipment, preheat for 30 minutes, and run the program when the temperature is >45℃.

5. Put the sterilized items into the blue basket, close the door, and select and run the program.

6. At the end of the program, return, open the door and take out the basket, remove the sterilized items and observe the color change of the indicator label.

7. Put in the basket, close the door, and press the OFF button to turn off the machine. 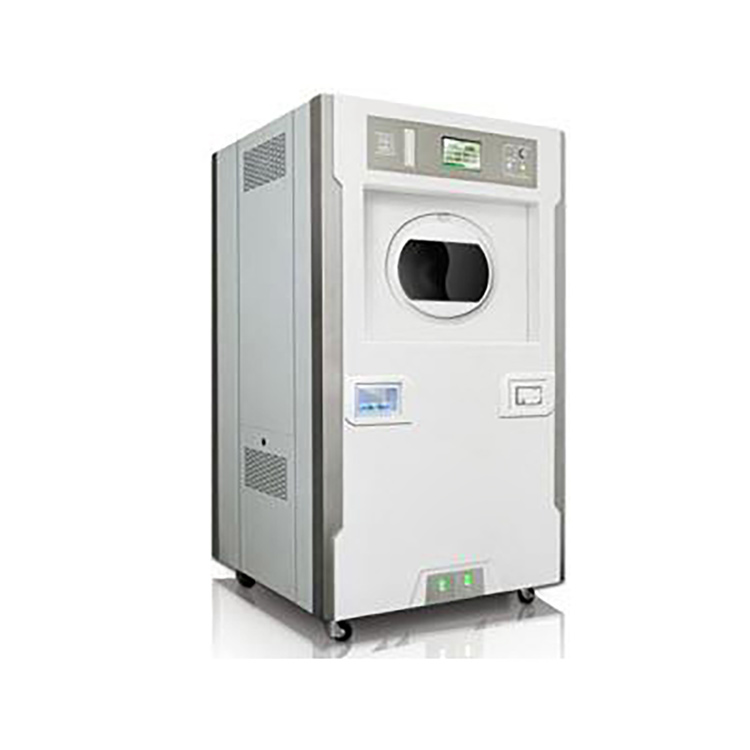 2. Sterilized items must be suitable for the sterilization range.

3. All instruments must comply with the standard practice before being placed in the sterilization chamber.

4. Thorough cleaning, complete drying, and use of special packaging materials and containers for sterilized items.

6. Packaging and loading of sterilized items must be following specifications.

8. The plasma sterilizer should be maintained once a week for minor maintenance and once a month for major maintenance.

How to maintain plasma sterilizer?

4. Clean the exterior of the low-temperature plasma sterilizer to avoid the accumulation of dust, which will shorten the service life of the air filter. Contact between components and water should be avoided, and water should be dried before powering on. Check whether the sockets and connectors of each connection are loose, and those that are loose should be inserted tightly.

5. The safety valve, pressure gauge, and temperature gauge of the sterilizer should be inspected annually, and the inspection results should be recorded and kept. The air filter should also be replaced regularly.

How to buy plasma sterilizer?

ANTITECK provide lab equipment, lab consumable, manufacturing equipment in life sciences sector.
If you are interested in our plasma sterilizer or have any questions, please write an e-mail to info@antiteck.com, we will reply to you as soon as possible.
You may also like:
Syringe Pump
Hot Plate Stirrer
Laboratory Fume Hood