What is purge and trap instrument?

Purge and trap instrument is a fully automatic purge trap with an electronic cold trap. It uses helium/nitrogen as the purge gas, which is bubbled into the sample solution; the volatile components of the sample escape with the purge gas under a continuous airflow and are concentrated by a trap equipped with an adsorbent.

The purge and trap technique is suitable for extracting volatile or semi-volatile organic compounds with a boiling point below 200°C and solubility of less than 2% from liquid or solid samples. It is widely used in food and environmental monitoring, clinical assays, etc.

Purge and trap instrument does not require organic solvents for sample pretreatment and does not cause secondary pollution to the environment, and has the advantages of small sample size, high enrichment efficiency, low interference from the matrix and easy to achieve online detection. However, it is easy to form foam when using the purge trap method, which overloads the instrument. In addition, water vapor is blown out, which is not conducive to the next step of adsorption and makes the separation of non-polar GC columns difficult. And water also has a quenching effect on the flame-type detector.

Purge and trap analysis is performed by passing an inert gas into a liquid sample (or solid surface), blowing out the components to be analyzed, passing them through a container containing sorbent for enrichment, and then heating the sorbent to desorb the adsorbed components and carrying them into a gas chromatography column with carrier gas for analysis. Dynamic headspace analysis has the function of enrichment, which is more beneficial for the analysis of trace components. However, there are problems with the time used, the possibility of introducing impurities in the purge and the choice of sorbent properties.

Helium is used as the purge gas in most purge-trap applications and is bubbled into the sample solution. Under continuous purging, the volatile components of the sample escape with the helium gas and are concentrated in a trapping device containing the adsorbent. After a certain purge time, all or a quantitative amount of the component to be measured enters the trap. At this point, the purge gas is turned off and the trap is connected to the carrier gas line of the GC by a switching valve, while the trap tube is heated rapidly so that the trapped sample components are desorbed and separated into the GC for analysis with the carrier gas. Therefore, the principle of purge-trap is the following process.

Factors affecting the efficiency of purge and trap technique

The purge temperature is equivalent to an increase in vapor pressure and therefore purge efficiency. Vapor pressure is the pressure applied to the solid or liquid during purging, and it depends on the purging temperature and the ratio of the vapor phase to the liquid phase. However, if the temperature is too high, it will lead to an increase in the amount of water vapor brought out, which is not conducive to the next step of adsorption and brings difficulties to the separation of non-polar gas chromatographic separation columns.

Water also has a quenching effect on the flame type detector, so 50 ℃ is generally selected as the common temperature. For high boiling point strong polar components, a higher purge temperature can be used.

The volume of purge gas is equal to the product of the flow rate of purge gas and the purge time. Usually, the operator chooses to control the volume of gas to select the appropriate blowout efficiency. The larger the total volume of gas, the higher the blowing efficiency. However, if the total volume is too large, it will be detrimental to the trapping efficiency later, resulting in blowing off the analytes already trapped in the adsorbent or cold trap. Therefore, the flow rate of purge gas is generally controlled between 400 and 500 mL.

Use of purge and trap instrument 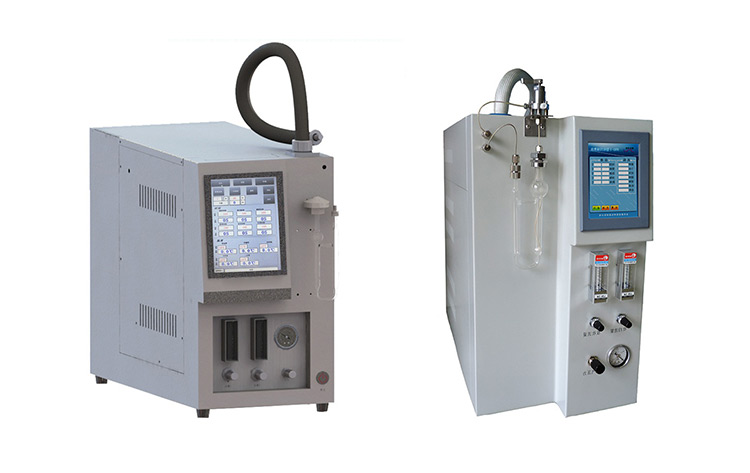 The procedure of purge-trap gas chromatography is as follows.

a. Take a certain amount of sample and add it to the purging bottle.

b. Purge gas purified by drying silica gel, molecular sieve and activated carbon is passed to the purge bottle at a certain flow rate to purge out the volatile components.

c. The purged component is retained in the adsorbent or cold trap.

d. Open the six-way valve and place the adsorption tube in the analytical flow path of the gas chromatography.

e. Heating the adsorption tube for desorption and the volatile components are blown out and into the analytical column.

Feature of purge and trap instrument

a. Automatically run up to 30 samples without personnel operation.

b. Turn on the instrument for self-test and check if there are any fault alarms and prompts. Then carry out the operation of automatic positioning and calibration of the sample tray.

g. With the water removal trap, the sample can prevent water vapor from entering the trap tube and reduce the effect of water vapor on GC and GCMS.

Application of purge and trap instrument

A. Application in the analysis of environmental samples

As a result of long-term industrial development, a large number of toxic compounds have entered the water circulation system, becoming a potential threat to the health of humans and livestock. Because of this, numerous research teams or individuals have conducted in-depth studies on surface water, groundwater, drinking water, seawater, natural water, wastewater and other water resources that are closely related to the living environment, and developed standard analytical methods. VOCs in the air have become a hot spot for research due to their complex composition, micro-content and difficulty in detection. The latter two steps of the purge trap concentrator, the trap thermal desorption method for the determination of benzene in the air were investigated by scientists and satisfactory results were obtained.

In addition to the striking problems of water and air pollution, soil pollution has also become a focus of attention. In recent years, many reports have appeared on the study of soil contaminants using the purge and trap method. The studies on soil have focused on several types of soil samples such as general soil samples, contaminated soil, trash, and substrates. Among them, the main study is on the contaminants contained in the soil itself and the odor that it volatilizes out.

B. Application in food analysis and biological samples

The purge and trap instruments are often used to study aromatic compounds in dairy products, such as cheese and human milk juice. It can also be used to analyze plant products and has been reported for virgin olive oil, pomegranate juice, strawberries, French kidney beans, cereals and betel nut, as well as for the analysis of meat. In addition, the volatile and semi-volatile contaminants in food containers such as coffee cups can also be sampled and analyzed by applying the purge and trap method.

How to buy purge and trap instruments?

ANTITECK provide lab equipment, lab consumable, manufacturing equipment in life sciences sector.
If you are interested in our purge and trap instruments or have any questions, please write an e-mail to info@antiteck.com, we will reply to you as soon as possible.
You may also like:
Ash Testing Equipment
Thermostatic Bath
UV Ozone Cleaner