What are reagent reservoirs? 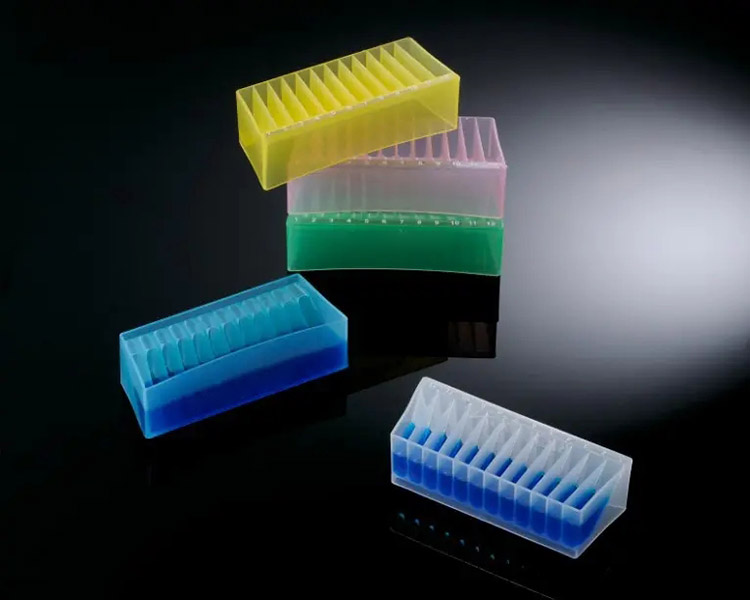 Reagent reservoirs, also known as reagent troughs or multichannel pipette trays, are mainly used for pipetting reagents. In pipetting operations, it is often necessary to repeatedly pipette the same liquid with multiple pipettes or reservoir pipette. In general, the mouths of laboratory vessels are narrow, so drawing samples in small amounts many times will increase the burden of experimental operations. A reagent reservoir could help to solve this problem and let pipetting operations become easier and more convenient than before. 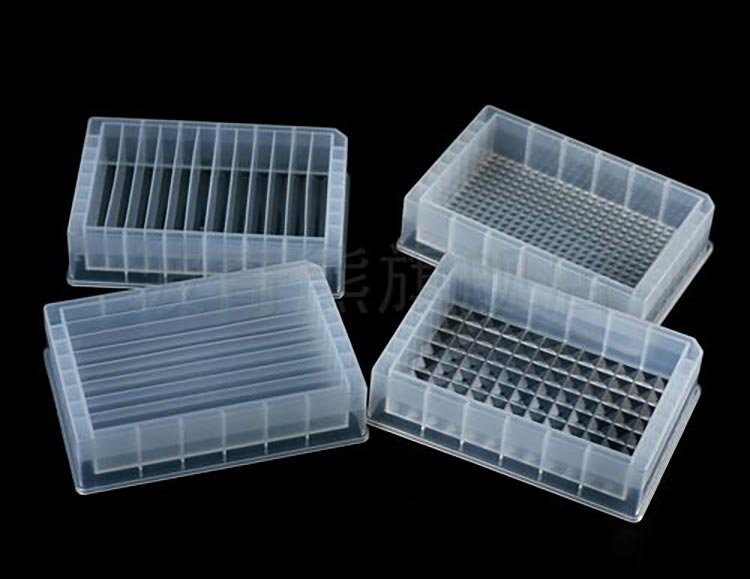 Common capacities of reagent reservoir are listed below: 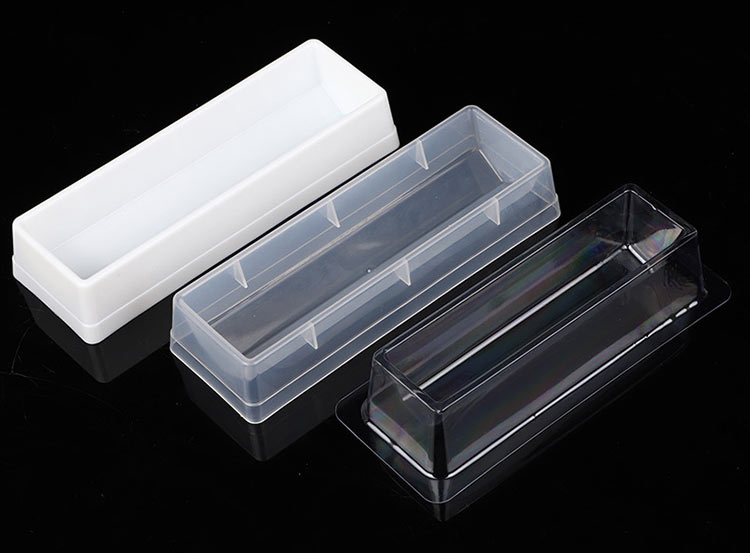 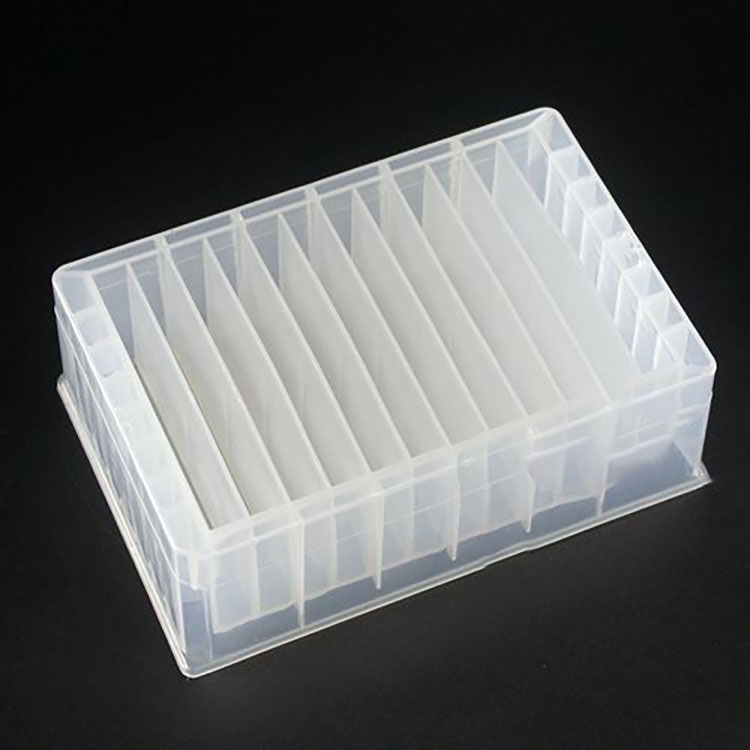 In addition to the groove reservoirs, there are also cassette reservoirs. The volume of each reagent tank of the multichannel micropipette reservoir is 5 ml and each channel is marked with a number. The reagent reservoirs are also available on the reverse side and can hold 50 ml of liquid. These multi pipette reservoirs are usually made of medical polypropylene and are not sterilized. There are 5 colors for your option: red, blue, green, yellow, and natural.

A reagent reservoir, as one of the pipetting instructions in the laboratory, is usually required to be used with a pipette gun. Here are four ways to use pipettes.

a) Set the scale of the pipette or adjust the reading to the value of the amount of liquid to be quantitatively, and attach the appropriate tip.

b) Press the button to the stop position (with a noticeable blocking sensation) and hold it to squeeze out the air inside the suction tip to create a negative pressure inside the tip.

d) Continue to press and hold the button. Withdraw the pipette. Drop the tip into the specific vessel that is designed to hold the contaminated tip. Release the button to the start position. To continue aspirating, you should replace the tip as mentioned or hang the gun upright in the pipette holder.

a) Adjust the scale to the required degree. After attaching the pipette tip, you should press the button down to the second stop position.

c) Gently depress the button to the stop position to release the liquid.

d) After pipetting, there is still a small amount of liquid (not included in the pipetting volume) that remains in the tip, which can be thrown away with the tip or put back into the original container.

Cautions of these two methods:

1) If the pipetting volume is too large, there will be no extra space in the tip to accommodate the remaining liquid when pipetting by the backward method, so this method is often not suitable for pipetting large amounts of liquid.

2) When you need to pipette more than 4 ml of viscous or foamy liquid, you can use the forward pipetting method to absorb the liquid, and then slowly press the button to the stop position to slowly release the liquid. At this time, the liquid outside the pipette tip should be calculated into the whole pipetting volume.

a) Adjust the scale to the required degree. After attaching the pipette tip, you should press the button down to the second stop position.

b) Immerse the pipette tip at a depth of 2 to 3 mm below the liquid surface in the multichannel reservoir. Then slowly release the button to draw in the liquid. After drawing, withdraw the tip from the liquid surface. Slant it against the wall of the reagent bottle to flow off excess liquid.

d) Immerse the pipette tip at a depth of 2 to 3 mm below the liquid surface in the multichannel pipette trough. Then slowly release the button to draw in the liquid.

e) By repeating steps c) and d), an equal volume of the same liquid can be pipetted repeatedly several times.

a) Use steps a) and b) of the forward pipetting method to fill the pipette tip with blood. Carefully wipe the blood off the tip with a piece of clean, dry, thin cotton paper.

d) Finally, press the button again to the second stop position to completely drain the liquid from the pipette tip. 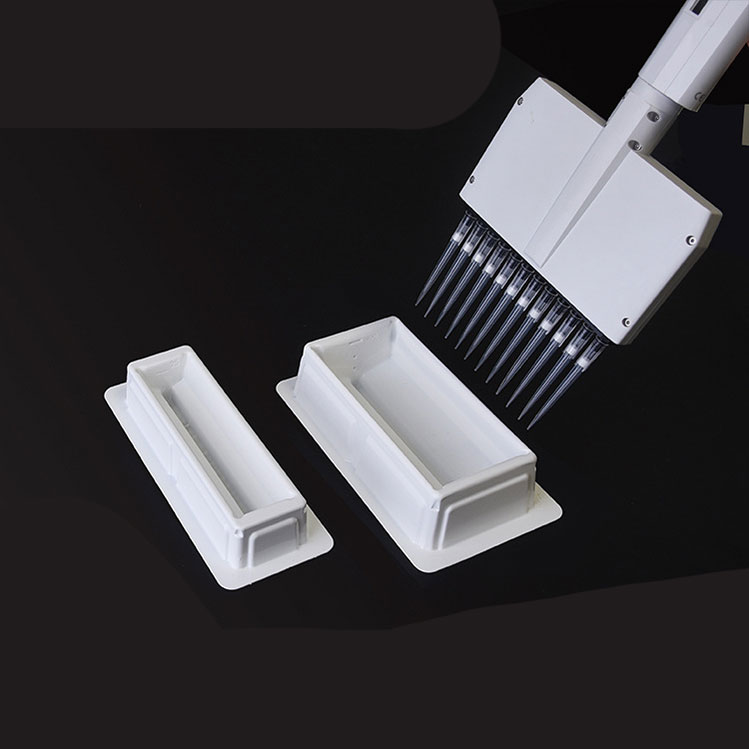 a. Be slow and steady when operating the pipette.

b. The tip should be immersed in the liquid to the right depth, and the process of immersion should remain unchanged as much as possible.

c. Change the tip before changing to a different liquid, sample, or reagent.

d. Change the tip when residual liquid is found inside.

e. New pipette tips should be pre-tested before use.

f. To prevent liquids from entering the pipette sleeve, pay attention to the following points:
a) Maintaining smoothness when pressing and releasing the button.
b) Pipettes must not be turned upside down.
c) The pipette must not be placed flat when there is liquid in the pipette tip.
d) Always add a filter cartridge to the P5000 and P10ML pipettes.

g. Do not lubricate the piston, seal with grease, etc.

h. After using acids or solutions with corrosive vapors, it is best to remove the sleeve and clean the piston, and seals with distilled water.

i. The contaminant should be removed promptly when there is liquid in the piston.

k. Depending on the frequency of use, all pipettes should be periodically cleaned with soapy water or disinfected with 60% isopropyl alcohol, then cleaned with double-distilled water and dried.

l. Avoid placing pipettes in a high-temperature place to prevent deformation and leakage or inaccuracy.

How to buy reagent reservoirs?

ANTITECK provide lab equipment, lab consumable, manufacturing equipment in life sciences sector.
If you are interested in our reagent reservoirs or have any questions, please write an e-mail to info@antiteck.com, we will reply to you as soon as possible.
You may also like:
Tissue Processor
Laboratory Water Bath
Muffle Furnace