What is sputter coaster? 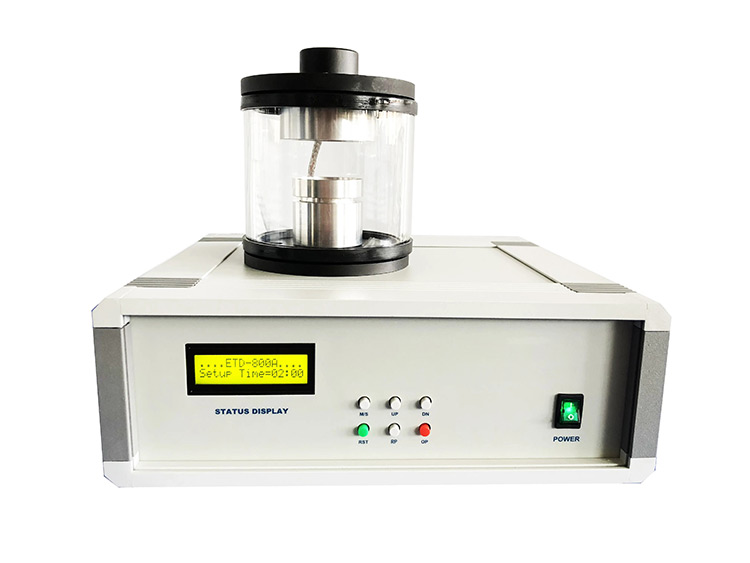 Sputter coater is a compact, tabletop coating system that is particularly suitable for high-quality coating of non-conductive samples for scanning electron microscope imaging. Keeping the specimen dry and clean is a basic requirement for sputtering coating. If necessary, the specimen and cathode are swapped and the surface is cleaned by spark discharge. Afterward, the specimen is recovered and then sputter coated. Iron, nickel, copper, and lead are commonly used as cathode materials for this instrument, and sometimes electrode gold, platinum, palladium, indium, and other metals can also be used as cathode materials.

Sputtering is one of the PVD thin film preparation techniques, which are divided into four main categories: DC sputtering, AC sputtering, reactive sputtering, and magnetron sputtering. 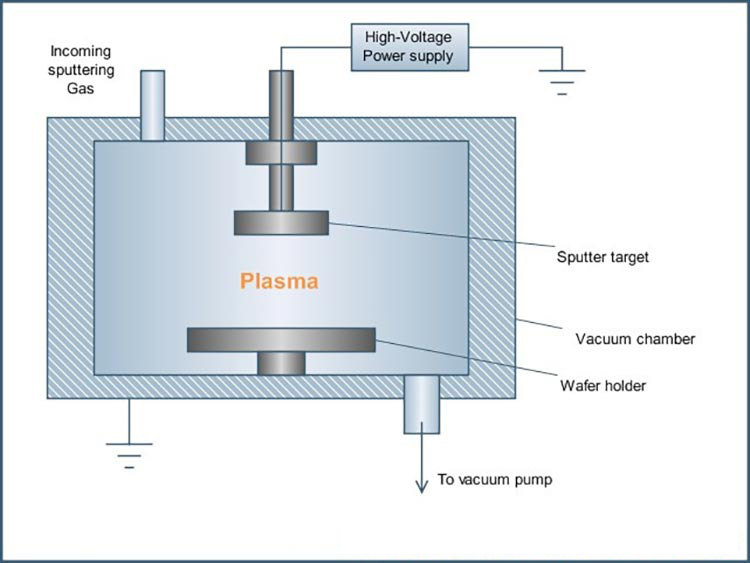 a. Sputtering is the process of bombarding a target material with charged particles, and when the accelerated ions bombard the solid surface, surface atomic collisions and energy and momentum transfer occur, causing the target material atoms to escape from the surface and deposit on the substrate material.

b. Sputtering is also a phenomenon in which atoms or molecules escape from the surface of a target material by bombarding it with charged energy particles.

c. Since the sputtering process contains momentum conversion, the sputtered particles are directional.

What does sputtered mean?

Sputtering can be used to obtain metal, alloy, or dielectric films on the surface of other substrate materials. It is suitable for manufacturing thin film integrated circuits, chip lead devices and semiconductor devices, etc.

What is sputtering process? 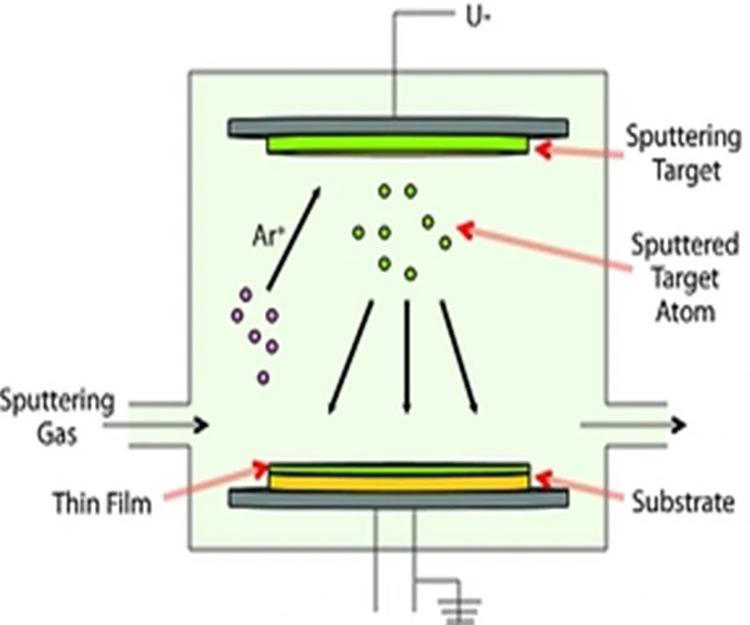 What is sputter coating?

Sputter coating appeared at the beginning as simple DC diode sputtering. It has the advantage of a simple device, but the DC dipole sputtering deposition rate is low. It cannot be performed at low air pressure (<0.1 Pa) to maintain self-sustaining discharge. Disadvantages such as the inability to sputter insulating materials limit its application. If a hot cathode and an auxiliary anode are added to the DC dipole sputtering device, this constitutes DC triple sputtering. The hot electrons generated by the additional hot cathode and auxiliary anode enhance the ionization of the sputtering gas atoms, which makes sputtering possible even at low air pressure. In addition, the sputtering voltage can be reduced so that sputtering is carried out at low air pressure and low voltage. At the same time, the discharge current of the sputtering coating is increased and can be controlled independently of the voltage. The addition of an electrode (grid-like) in front of the hot cathode constitutes a quadrupole sputtering device, which can stabilize the discharge. However, these devices have difficulties in obtaining plasma zones with high concentrations and low deposition rates, and thus are not widely used in industry. 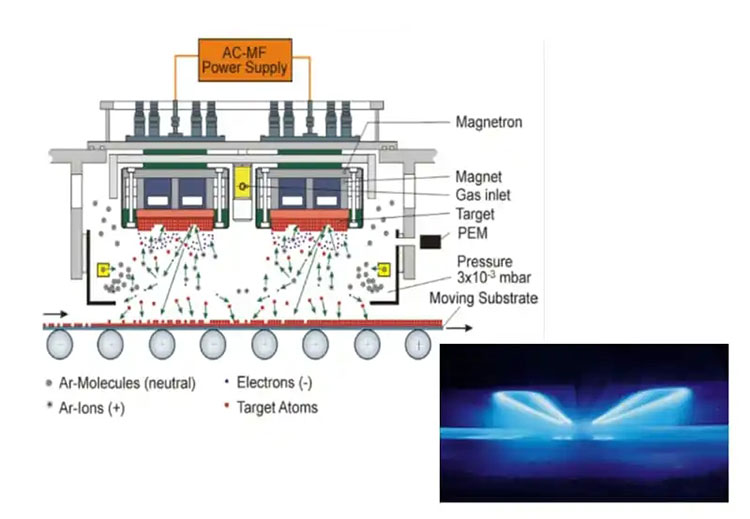 Magnetron sputtering has the following characteristics compared to other coating technologies.

a. Wide range of materials that can be prepared into targets, including alloys and ceramic materials, even almost all metals.

b. Co-sputtering of multiple targets under appropriate conditions, allowing the deposition of precisely proportioned and constant alloys.

c. The addition of oxygen, nitrogen, or other reactive gases to the sputtering discharge atmosphere allows the deposition of compound films forming the target material with gas molecules.

e. The target material can be directly transformed from solid-state to a plasma state by ion sputtering, and the installation of sputtering targets is not limited, which is suitable for the design of a large volume coating chamber with multiple targets arrangement.

The requirements of sputtering targets are higher than those of the traditional materials industry with general requirements like size, flatness, purity, impurity content, density, N/O/C/S, grain size, and defect control. Sputtering targets also have high or special requirements, including surface roughness, resistance, grain size uniformity, composition and tissue uniformity, oxide content and size, magnetic permeability, ultra-high density & ultra-fine grains, etc. Magnetron sputtering coating is a new type of physical vapor phase coating method. It uses an electron gun system to emit and focus electrons on the material to be coated so that the atoms sputtered out to follow the principle of momentum conversion and fly away from the material with high kinetic energy to deposit a film on the substrate. This coated material is called sputtering target. Sputtering targets include metals, alloys, ceramic compounds, etc. 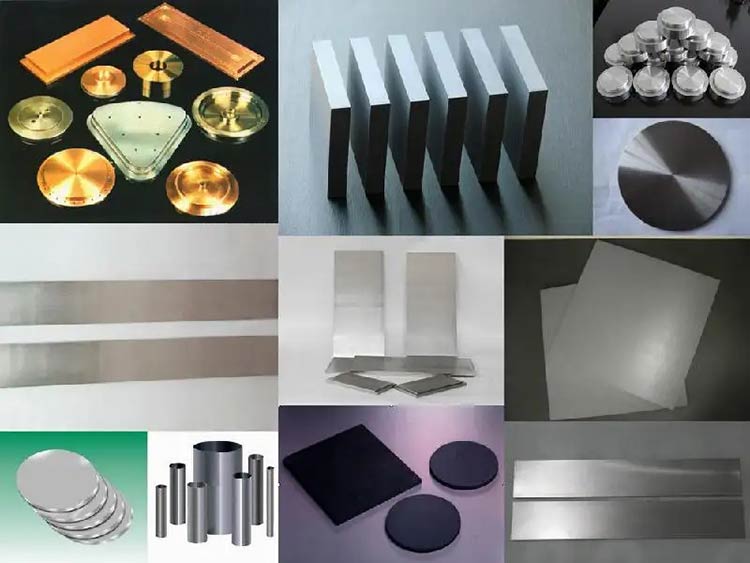 What is sputtering deposition?

Sputter deposition is a method of sputtering atoms from a target by bombarding it with high-energy particles and depositing them on the surface of the substrate to form a thin film.

Advantages and disadvantages of sputtering

A. Any substance can be sputtered, especially elements and compounds with high melting points and low vapor pressure. Solids of any shape, regardless of the substance such as metals, semiconductors, insulators, compounds, and mixtures, can be used as target materials. Since insulating materials and alloys such as oxides are not decomposed and fractionated when sputtered, they can be used to prepare thin films with similar components to the target material and alloy films with uniform components, and even superconducting films with complex compositions.

B. Good adhesion between the sputtered film and the substrate.

C. In the sputter coating process, the phenomenon of evaporation source contamination, which cannot be avoided during vacuum vapor deposition, is not present. Therefore, the sputtering coating density is high, fewer pinholes and the purity of the film layer is high, too.

A. Complex sputtering equipment, requiring high (electrical) pressure devices.
B. Low sputtering deposition rate.
C. Rising temperature of the substrate is high and it is susceptible to impurity gases. 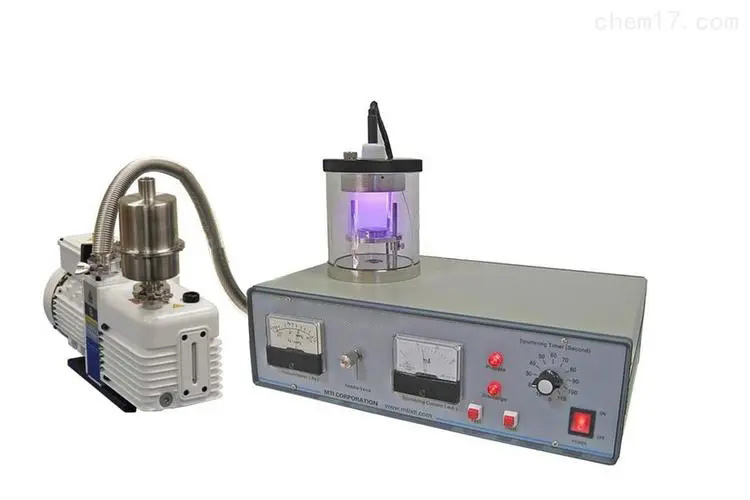 Scanning Electron Microscopy (SEM) is a versatile tool. Most of the time, it can be used to provide nanoscale information on various samples without sample preparation. And in some cases, it is necessary to use SEM in combination with an Ion sputter coater to obtain better SEM images.

The sputtering technique of SEM gold coating can image almost all types of samples, ceramics, metals, alloys, semiconductors, polymers, biological samples, etc. However, some specific types of samples are more challenging and require the operator to perform additional sample preparation to collect high-quality images with the help of SEM gold spray. These additional steps include sputtering an extra conductive thin layer of material such as gold, silver, platinum, or chromium on the surface of the sample.

Due to the ease of operation, there are a few concerns when using gold sputter coating. The only attention is that at the beginning, the operator needs to figure out the best parameters to get the best spraying results. However, after gold sputtering, the surface of the elements is no longer the original material and their liner information of them is lost. 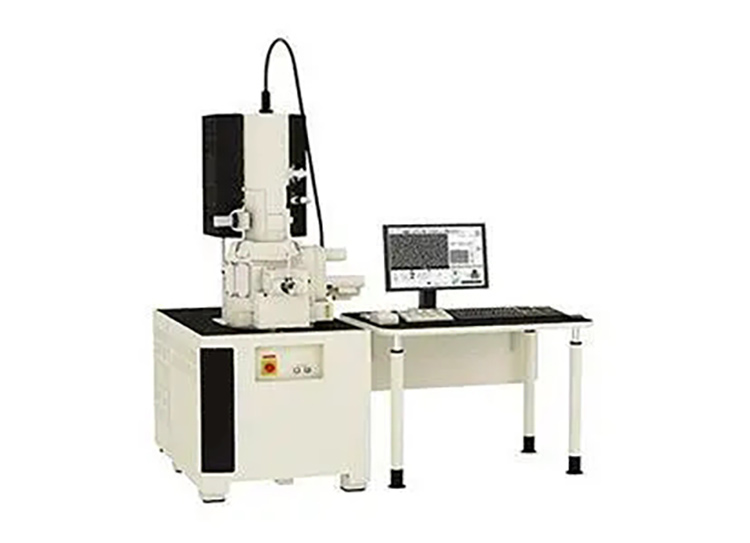 How to buy sputter coater?

ANTITECK provide lab equipment, lab consumable, manufacturing equipment in life sciences sector.
If you are interested in our sputter coater or have any questions, please write an e-mail to info@antiteck.com, we will reply to you as soon as possible.
You may also like:
Glass Washer Machine
Radiation Sterilization
Plasma Sterilizer