What is distillation apparatus? 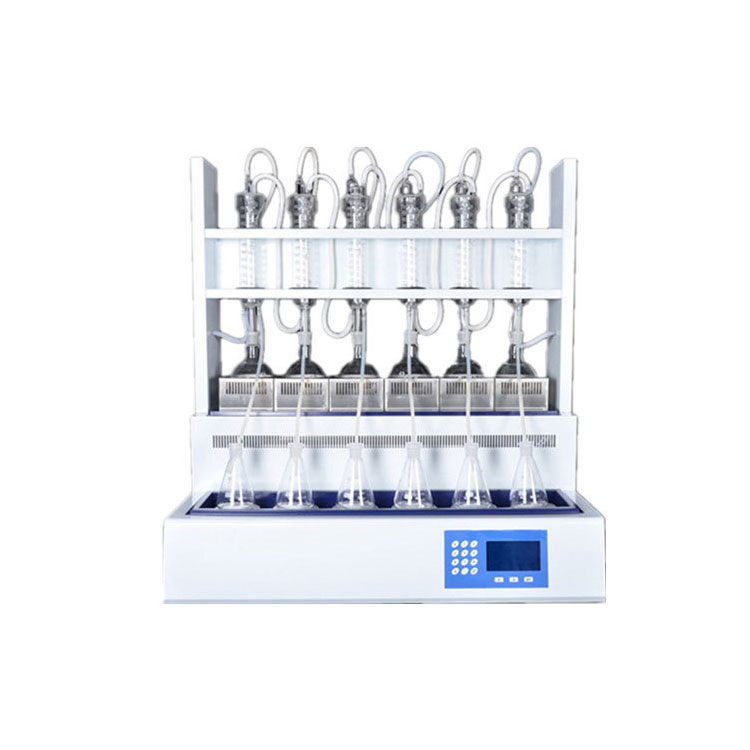 Distillation apparatus is also known as “ still “,it is equipment that is usually used in labs. The apparatus in distillation consists of a container for the material and water, a condenser for condensing the resulting steam, and a vessel for collecting the filtered sample. The still can separate liquids from non-volatile solids, such as alcohol from fermented materials, or separate two or more liquids with different boiling points, such as gasoline, kerosene, and lubricating oil from crude oil. 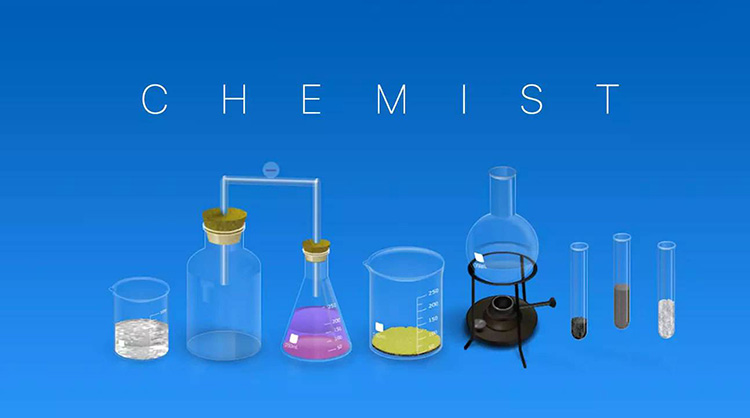 Distillation apparatus has been widely used in a chemistry laboratory, chemise extraction of vitamins, and active ingredients of Chinese herbal medicine in the pharmaceutical industry, petrochemical industry, food industry, cosmetics industry, agriculture, and other industries.
Principle of distillation 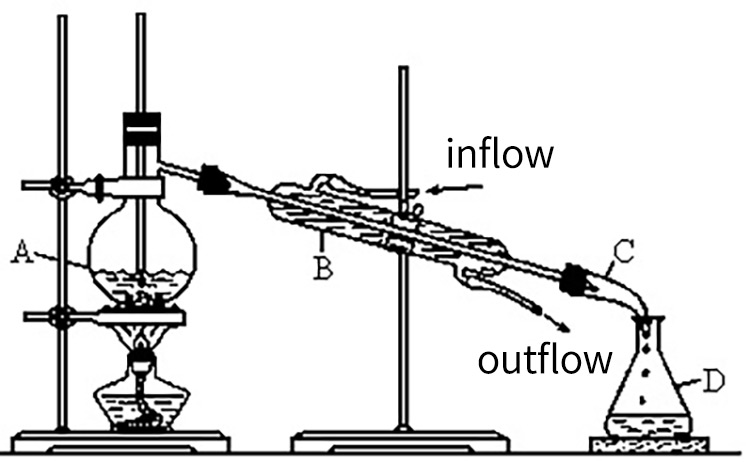 Distillation is a thermodynamic separation process, it uses the mixture of liquid or liquid-solid system with different boiling point components, evaporation of low boiling point components, and then condensation to separate the entire component unit operation process, which is the combination of evaporation and condensation of the two-unit operations.
Compared with other separation methods, such as extraction and filtration crystallization, it has the advantage that it does not need to use other solvents other than the system components, thus ensuring that no new impurities are introduced. 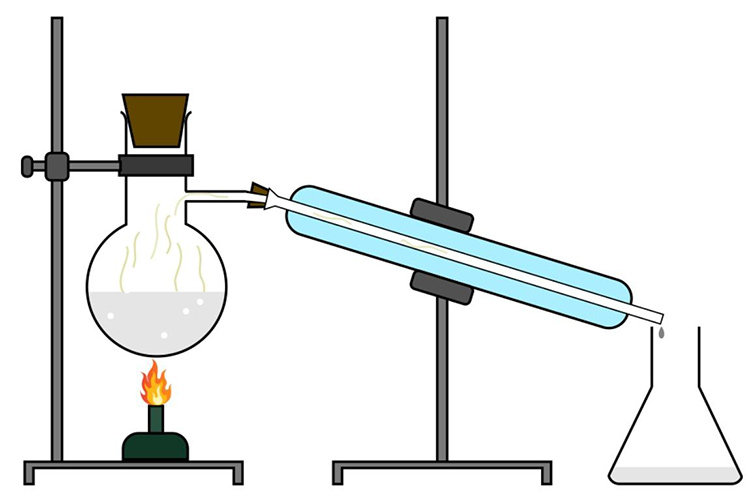 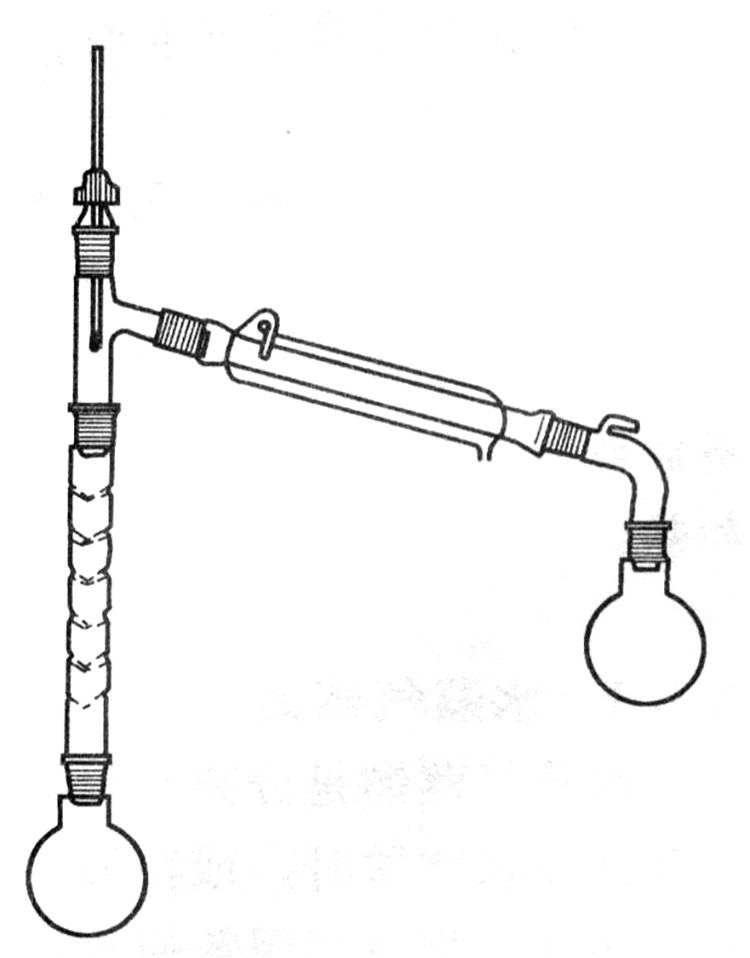 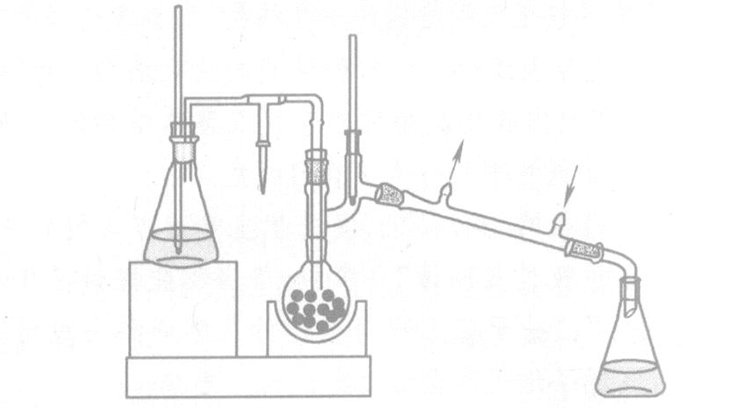 Steam distillation apparatus is also known as hydrodistillation apparatus. It is a process in which water is distilled with other volatile and non-volatile components. The steam in boiling water carries the steam of the volatile to the condenser. Both are cooled and returned to a liquid or solid-state, leaving no volatile residue in the boiling container.
Steam distillation is usually used to separate essential oils, for example in perfumes. In this method, steam is passed through plant material containing the desired oil. Eucalyptus, camphor and orange oils are obtained in this way on an industrial scale, sometimes used in chemistry laboratories as one of many methods for separating substances. Hydrodistillation apparatus is also an important means of separating fatty acids from mixtures and treating crude products such as Tall oil to extract and separate fatty acids and other organic compounds of commercial value. 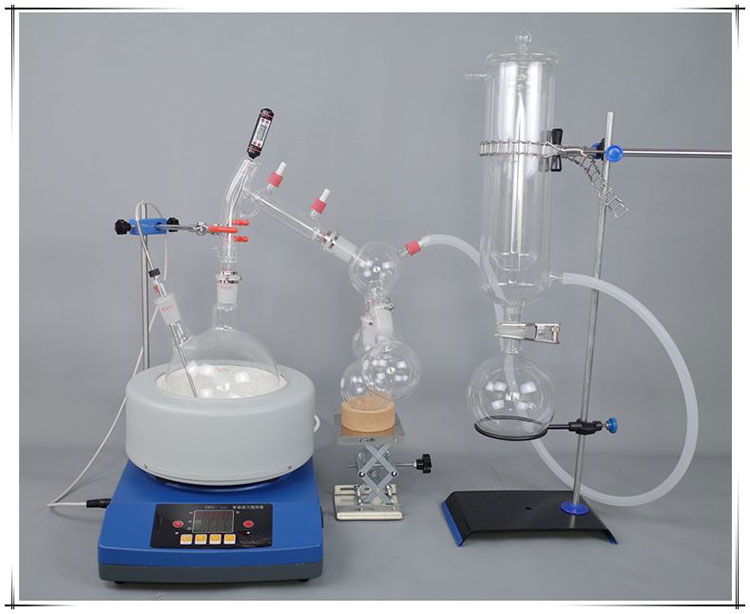 Vacuum distillation apparatus is an important method of separation and purification of compounds, especially suitable for the separation and purification of compounds with high boiling point and those that have not reached the boiling point in atmospheric distillation.
The complete vacuum distillation apparatus consists of three parts: distillation, air extraction (decompression), and protection and pressure measuring device between them. Round thick-walled instruments must be used for the whole set. Otherwise, due to the uneven force, it is easy to crack and other accidents. 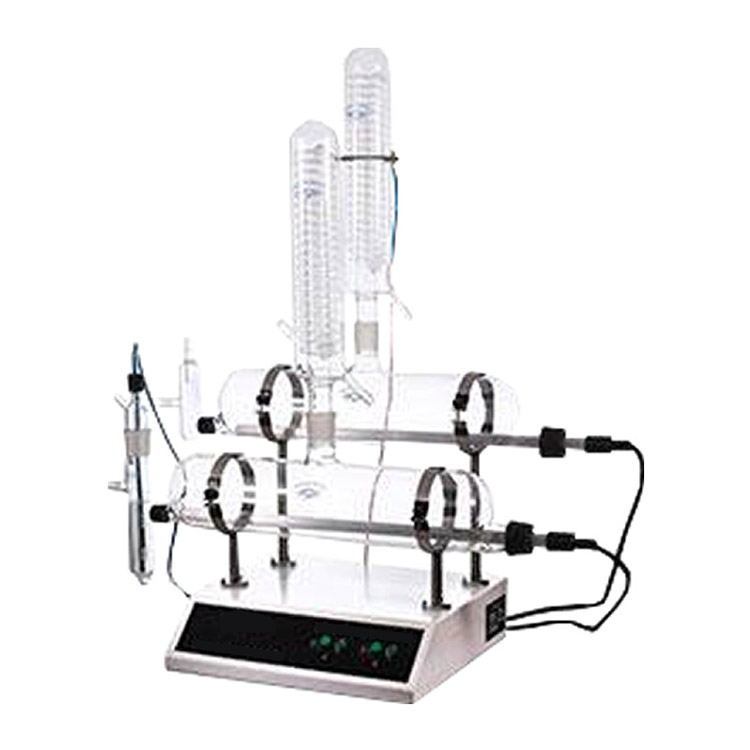 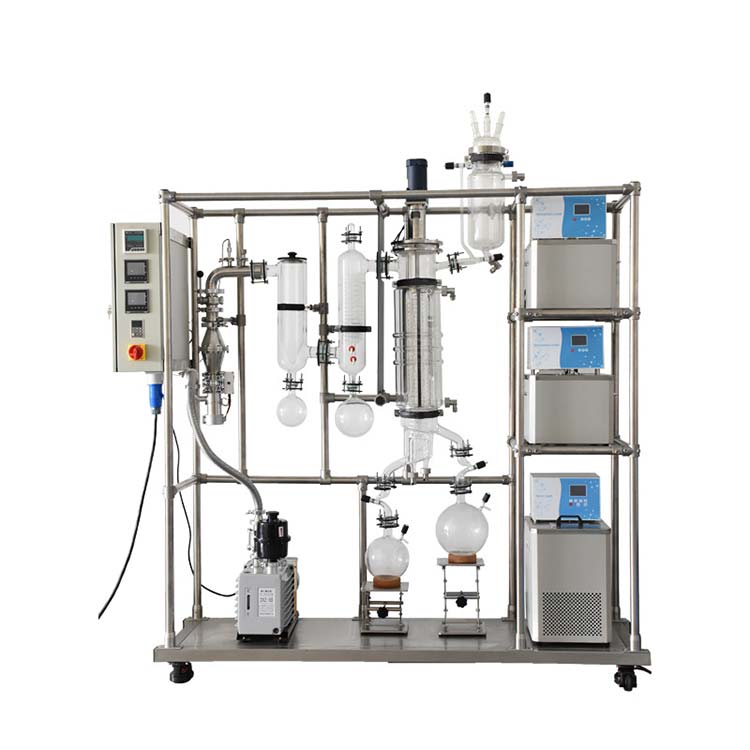 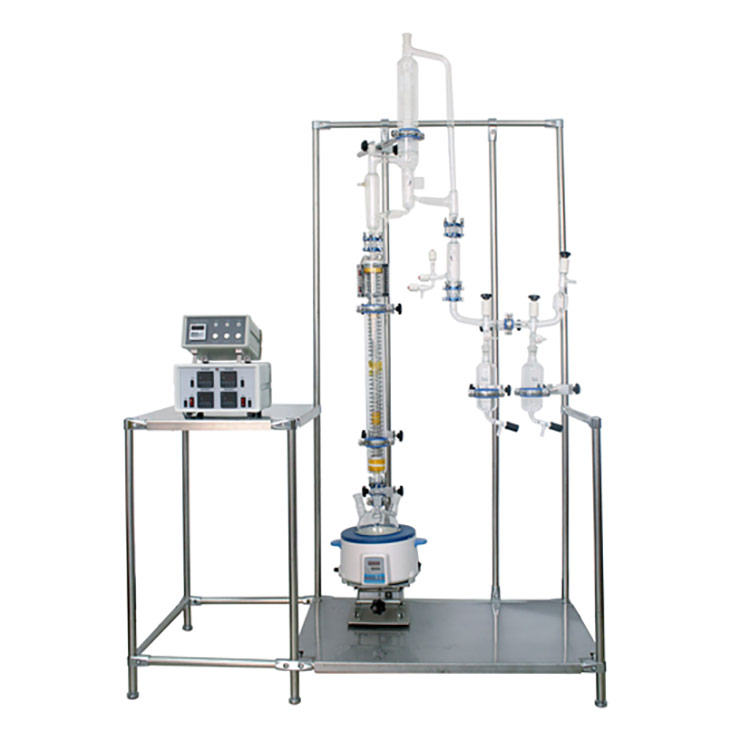 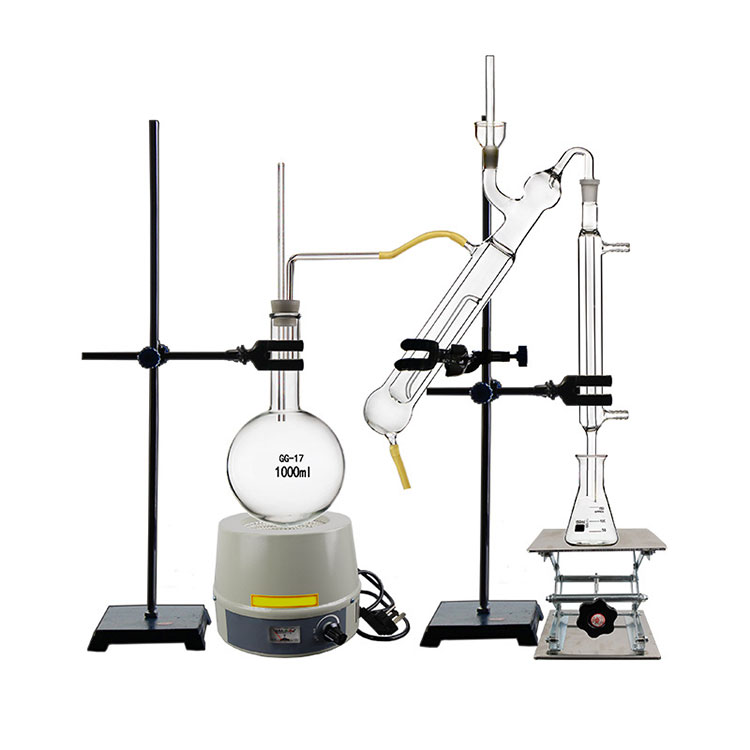 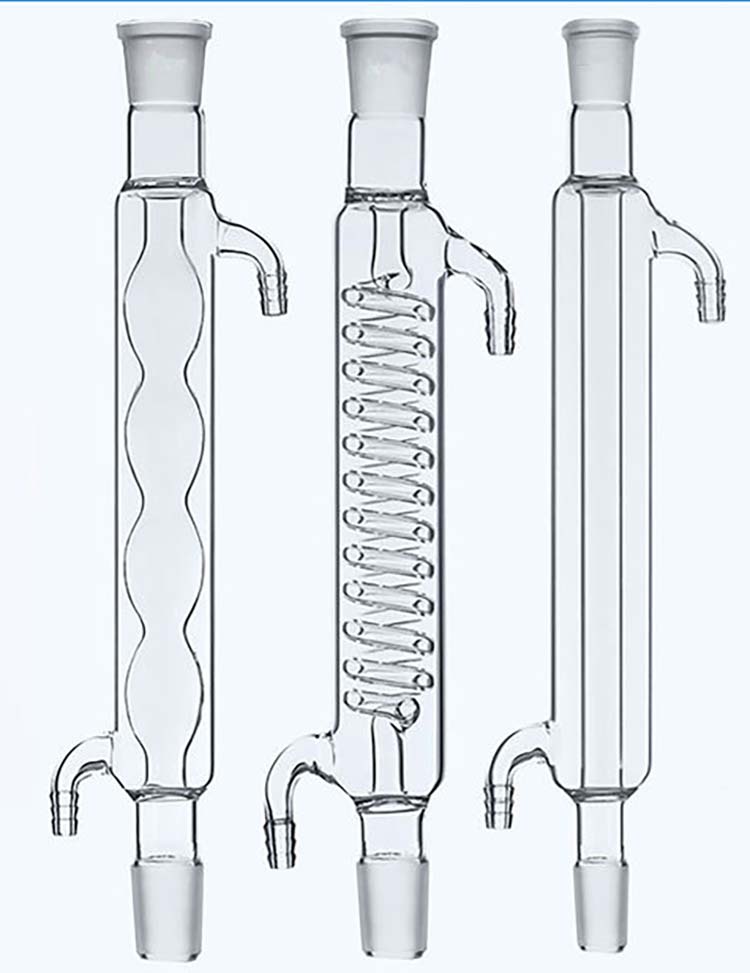 How to set up distillation apparatus?

Distillation apparatus consists of heating gasification part, condensing part and receiving part. To avoid failures and errors, we need to set up distillation instruments correctly. The following are the installation procedures for the distillation unit.
1. The general installation sequence is bottom-up, left-to-right installation. First fix the height of the heat source, take it as the reference, and then install other instruments in sequence.

2. Don’t clamp distillation glassware directly with iron clamps. Rubber and asbestos should be linked to the clamps to prevent breaking glassware.

3. Atmospheric distillation units must be communicated with the atmosphere.

7. If the distilled sample is not completely dried, there will be a front distillate, which should be received in another bottle, the bottle of the product should be weighed beforehand.
8.When distilling substances with boiling points above 140 ° C, an air condensing tube should be used instead.

How to buy distillation apparatus?

ANTITECK provide lab equipment, lab consumable, manufacturing equipment in life sciences sector.
If you are interested in our distillation apparatus or have any question, please write an e-mail to info@antiteck.com, we will reply to you as soon as possible.
You may also like:
Tip loader
Rotavapor
Centrifuge tubes