What is molecular distillation equipment? 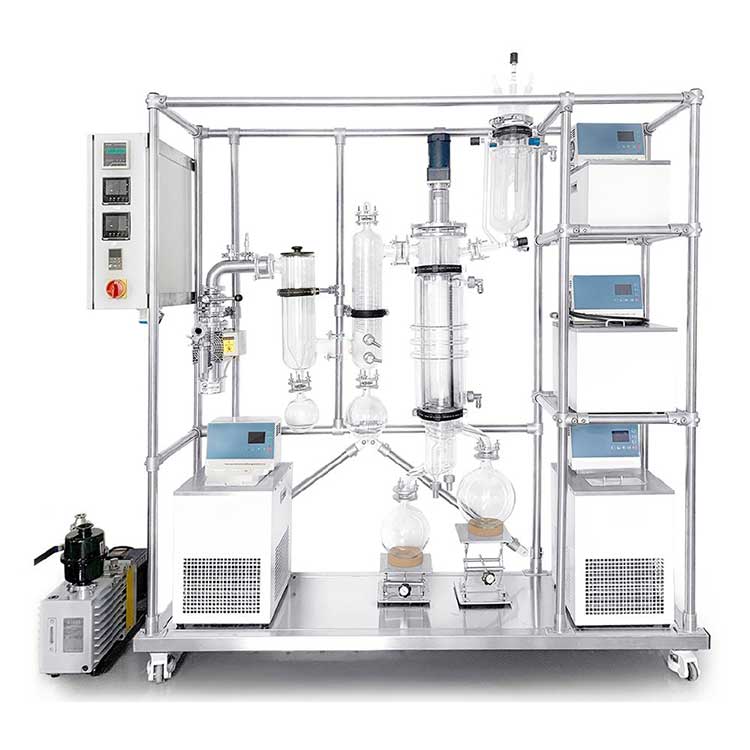 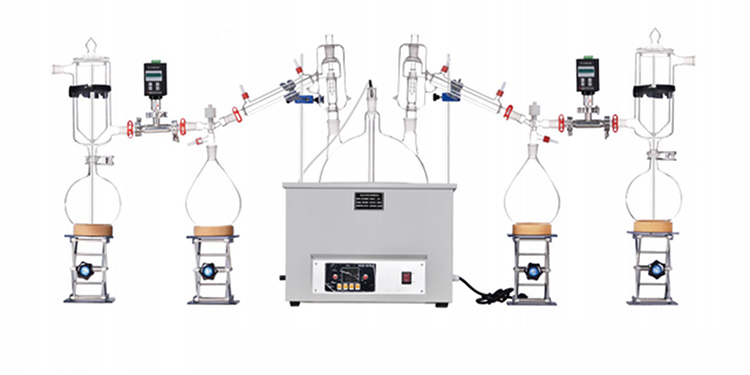 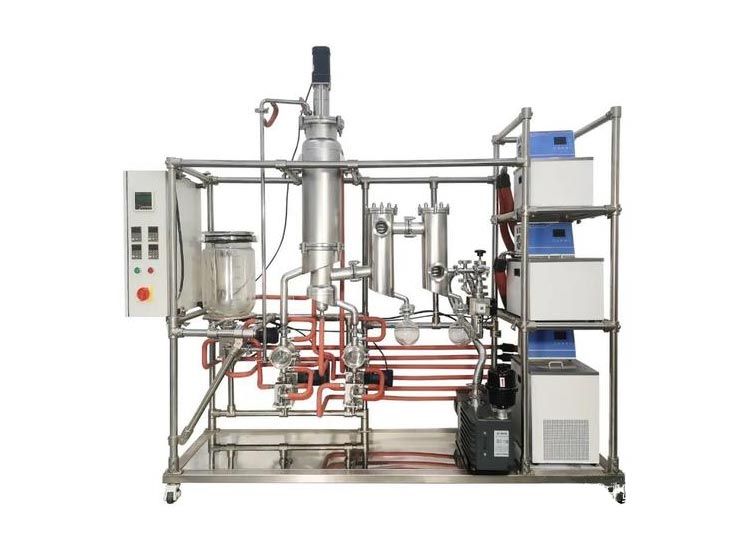 Molecular distillation system is a special liquid-liquid separation technology, which is different from traditional distillation relying on the principle of boiling point difference separation, but relies on the difference of the average free range of molecular movement of different substances to achieve separation.
As the liquid mixture is flowing along the heated plate and is heated, light and heavy molecules will be escaping from the liquid surface and entering the gas phase. Since the free range of light and heavy molecules is different, the molecules of different substances move at different distances after escaping from the liquid surface. By this way, material separation is achieved. The pressure difference between the boiling film and the condensing surface is the driving force for the flow of steam, and for a small pressure drop will cause the flow of steam. Operation at 1 mbar requires a very short distance between the boiling and condensing surfaces, and stills made on this principle are called short-range stills. short path molecular distillation has a built-in condenser on the opposite side of the heating surface and bring the operating pressure down to 0.001 mbar.

(1) Low operating temperature, can greatly save energy consumption
Conventional distillation relies on the boiling point difference of different substances in the material mixture for separation, while molecular distillation relies on the difference in the average free range of molecular motion of different substances for separation, and does not require the material to reach a boiling state, as long as the molecules volatilize and escape from the liquid phase, the separation can be achieved. Since molecular distillation is operated away from the point of boiling, the energy consumed by the product is minimal.

(2) The short heating time reduces thermal damage to heat-sensitive substances
The basic requirement is that the distance between the heating surface and the condensing surface is less than the average free range of the light molecules, which is usually very small, so that the light molecules escape from the liquid surface and are shot to the condensing surface almost without collision. Research measurements indicate that molecular distillation is heated for only a few seconds or tens of seconds, thus avoiding to a large extent the decomposition or polymerization of substances.

(3) Continuous distillation process
High turbulence, high evaporation rate, the membrane is always scraped into a highly turbulent state, increasing the mass and heat transfer, so that the one-step distillation, no circulation 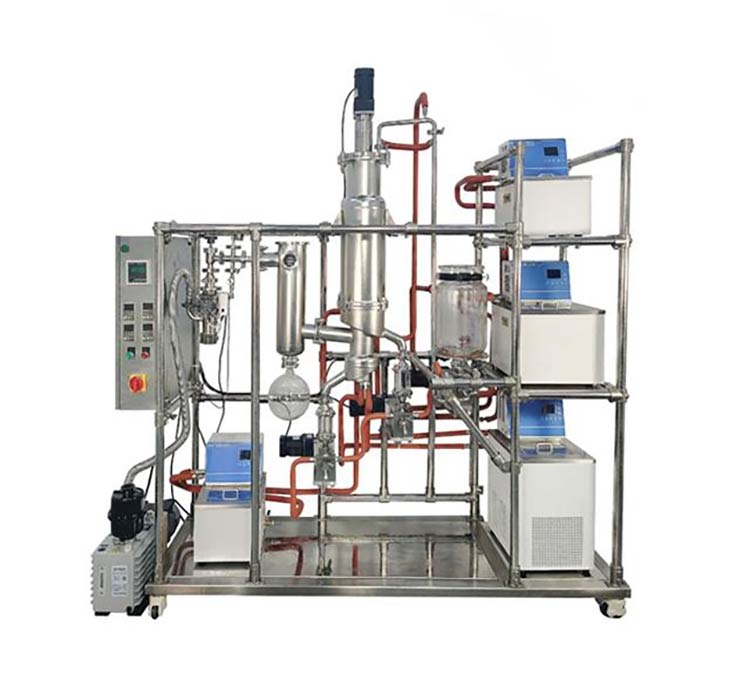 1. Molecular distillation equipment and pipelines need to be strictly inspected and probed frequently, especially the sight glass should be inspected frequently and replaced at the right time to prevent accidents caused by corrosion.

2. The liquid level of each effect separator needs to be strictly controlled so that it is in the suitable position required by the process.

3. In the distillation of easy-to-precipitate crystalline materials, pipeline, plate evaporator, valve, and other parts are prone to scaling blockage phenomenon. Therefore, it is necessary to flush with water regularly to keep it open or use vacuum pumping and other measures to remedy the situation.

4. Before the inspection and repair of molecular distillation equipment, release pressure and material, and flush with water to cool down and remove the residual corrosive liquid in the equipment.

How to buy molecular distillation equipment?

ANTITECK provide lab equipment, lab consumable, manufacturing equipment in life sciences sector.
If you are interested in our molecular distillation equipment or have any questions, please write an e-mail to info@antiteck.com, we will reply to you as soon as possible.
You may also like:
Gas Chromatography Detector
Lab pH Meter
Laboratory Chiller