HPLC system used in laboratory
Content
1. What is HPLC system?
1.1 HPLC principle
1.2 HPLC diagram
1.3 Composition of HPLC system
2. HPLC vs. FPLC
2.1 What is FPLC chromatography?
2.2 Similarities and differences between HPLC systems and FPLC systems
3. How to buy HPLC system?

What is HPLC system? 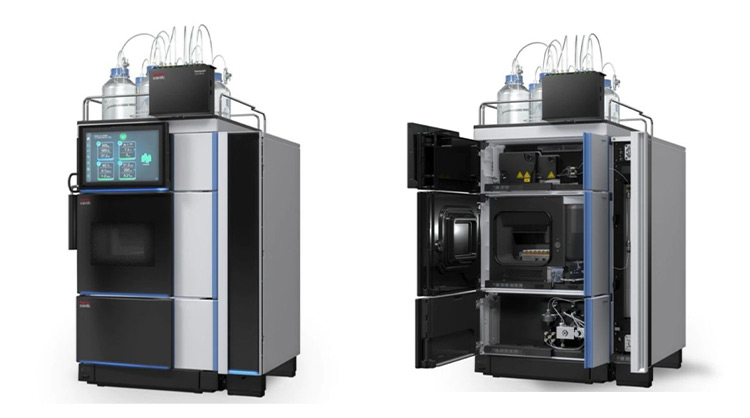 High-performance liquid chromatography (HPLC) is an important branch of chromatography. It has a wide range of applications and is not limited by the volatility and thermal stability of the analytes. Almost all compounds, including high boiling point, polar, ionic compounds, and macromolecules, can be analyzed and determined by HPLC, thus making up for the shortcomings of gas chromatography. About 20% of the known organic compounds can be analyzed by gas chromatography, while 80% need to be analyzed by high-performance liquid chromatography. HPLC is characterized by high separation efficiency, fast analysis speed, good detection sensitivity, and the ability to analyze and separate thermally unstable physiologically active substances with high boiling points that cannot be vaporized. HPLC is widely used in life science, environmental research, pharmaceutical research, food science, and pharmaceutical research.

High-performance liquid chromatography is a method based on classical liquid chromatography in which liquid is used as the mobile phase and a high-pressure infusion system is used to pump mobile phases such as single solvents with different polarities or mixed solvents and buffers of different proportions into a column equipped with a highly efficient stationary phase of very fine particles. By using this method, the components in the column are separated and then detected by the detector, thus enabling the analysis of the sample.

The HPLC system generally consists of a chromatographic pump, sampler, column, detector, and data processing system. Among them, the chromatographic pump, column and detector are the key components. In addition, the gradient elution device, online degasser, autosampler, pre-column or protection column, column temperature controller, and so on, can be configured according to the needs of modern HPLC instruments and microcomputer control systems for automated instrument control and data processing. Preparatory HPLC instruments are also equipped with automatic fraction collection devices.

Chromatographic pump is one of the most important components of HPLC system. Chromatography pumps are divided into constant pressure pumps and constant flow pumps according to the factor of constant output liquid. The performance of the pumps directly affects the quality of the whole system and the reliability of the analysis results. Chromatography pumps are divided into pneumatic pumps and mechanical pumps according to the mode of operation. Among the mechanical pumps, they can be subdivided into screw drive syringe pumps, single piston reciprocating pumps, double piston reciprocating pumps, and reciprocating diaphragm pumps.

Bubbles in the mobile phase solution are due to the presence of dissolved oxygen or mixed air. Once air bubbles enter the detector, they will appear as sharp noise peaks on the chromatogram. Small bubbles slowly accumulate and become large bubbles, which enter the flow path or the column and slow down the flow rate of the mobile phase or cause the flow rate to become unstable, resulting in a fluctuating baseline. To make matters worse, once air bubbles enter the column, it is time-consuming to expel them. In fluorescence detection, dissolved oxygen can also quench fluorescence. Dissolved gases may also cause oxidation of some samples or change the pH of the solution. At present, off-line ultrasonic oscillation degassing, online inert gas bubble purge degassing, and online vacuum degassing are usually used to degas the mobile phase of liquid chromatography.

HPLC is available in both isocratic and gradient elution. Isocratic elution is to keep the composition of the mobile phase constant during the same analysis cycle and is suitable for samples with a small number of components and little difference in properties. Gradient elution is to control the composition of the mobile phase, such as the polarity, ionic strength, and pH of the solvent, within one analysis cycle and is used for complex samples with a large number of components and different properties. The advantages of using gradient elution are shorter analysis time, better separation, improved peak shape, and higher detection sensitivity, while the disadvantage is that it often causes baseline drift and reduces reproducibility. Gradient elution consisting of two solvents can be mixed to any degree, resulting in a variety of elution profiles, namely linear-gradient, concave gradient, convex gradient, and step gradient.

The injection volume should be no more than 50% (up to 75%) of the volume of the quantification ring and requires each injection volume to be accurate and identical. The accuracy and repeatability of this method of injection is determined by the proficiency of the syringe sampling, and easy to produce the peak spreading caused by the injection.

The injection volume should be no less than 5~10 times the volume of the quantification ring (at least 3 times), so as to completely replace the mobile phase in the ring, eliminate the wall effect and ensure the accuracy and repeatability of the injection.

The separation system includes the column, the guard column, and the column temperature chamber.

The detector is a device used to continuously monitor the composition and content changes of the effluent after separation by the column and is one of the three key components of the HPLC instrument. The detector of HPLC requires high sensitivity, low noise, wide linear range, good repeatability, and a wide range of applications.

The operations of collecting, storing, displaying, printing, and processing test data so that the separation, preparation, or identification of samples can be carried out correctly are the functions of the data processing system. 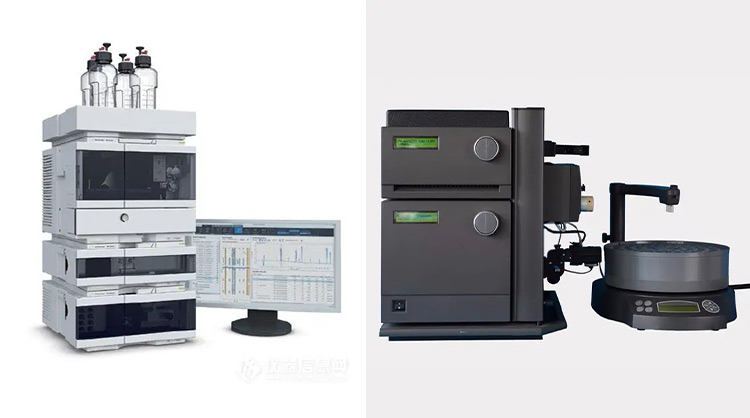 What is FPLC chromatography?

FPLC system is specially designed for the separation of proteins, peptides, and polynucleotides, which is an important innovation of FPLC in recent years. It not only maintains the characteristics of HPLC such as rapid and high resolution but also has the characteristics of large column capacity, high recovery efficiency, and less deactivation of biological macromolecules. Therefore, it has been widely used in the separation of proteins, peptides, and oligonucleotides in recent years.

Similarities and differences between HPLC systems and FPLC systems

How to buy HPLC system?

ANTITECK provide lab equipment, lab consumable, manufacturing equipment in life sciences sector.
If you are interested in our HPLC system or have any questions, please write an e-mail to info@antiteck.com, we will reply to you as soon as possible.
You may also like:
Dosing Pump
Cold Sterilizer
Sputter Coater