What is oxygen generator? 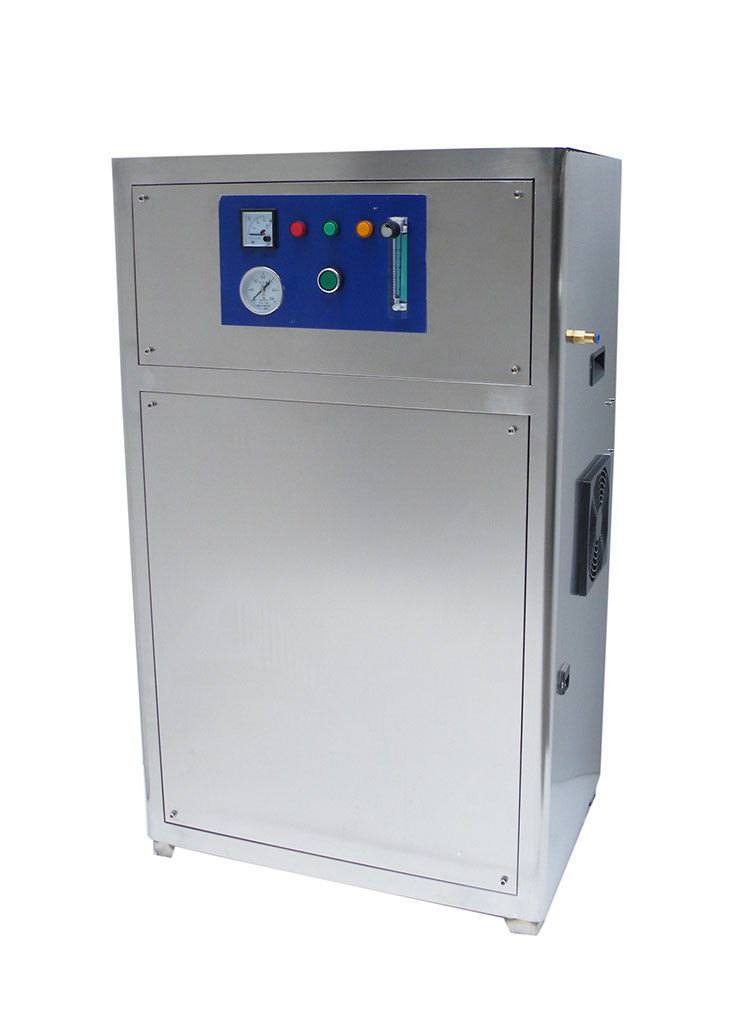 Oxygen generator is also known as oxygen concentrator. Oxygen generator is a piece of automatic equipment that uses a zeolite molecular sieve as an adsorbent to adsorb and release oxygen from air by using the principle of pressurized adsorption and depressurized desorption to separate oxygen. With this equipment, oxygen can be extracted directly from the air in the laboratory.

Oxygen generators are an advanced gas separation technology and have an irreplaceable position in on-site gas supply. The adsorbent is the core part of the oxygen generator. Generally, oxygen generators choose oxygen molecular sieves, which adsorb nitrogen, carbon dioxide, and moisture in the air, while oxygen cannot be adsorbed.

Generally, a certain amount of metal powder (such as magnesium powder, iron powder, etc.) needs to be added to the oxygen-producing block as fuel, so that a high temperature can be generated instantly to promote the reaction, thus ensuring the automatic completion of the whole oxygen release process. As the high temperature will make the side reaction induced and produce a trace of chlorine gas, it is necessary to add a certain number of catalysts such as copper oxide, cobalt oxide, and manganese oxide. The addition of these catalysts allows the reaction temperature to be lowered to ensure that the reaction is carried out completely and the side reactions are suppressed as much as possible. At the same time, a certain amount of chlorine inhibitor and chlorine filter material should be added so that the trace chlorine gas generated by the side reaction can be completely removed.

The oxygen generator consists of a cold dryer and three filters of different precision and an oil remover. In the oxygen generator, the liquid water, oil, and dust in the compressed air are filtered cleanly from coarse to fine by freezing and dehumidifying, and filtering, so that the pressure dew point of compressed air is reduced to 2-10℃, the oil content is reduced to 0.001PPm, and the dust is filtered to 0.01μm, which ensures the cleanliness of the raw gas entering the PSA nitrogen generator. The purified air enters the two adsorption towers of the nitrogen generator in two ways, and then alternately adsorbs and desorbs through the automatic switching of the pneumatic valves on the nitrogen generator. This process separates most of the nitrogen and oxygen in the air and empties the nitrogen from the air. As an adsorbent, oxygen generation molecules use the variable pressure adsorption method (PSA) to separate oxygen from nitrogen in the air and filter out harmful substances in the air to obtain high concentrations of oxygen. In the case of adsorption equilibrium, the higher the gas pressure of any adsorbent in adsorbing the same gas, the greater the adsorption capacity of the adsorbent. Conversely, the lower the pressure, the smaller the adsorption amount. PSA oxygen generation equipment provides you with the oxygen of 95%±3 purity to meet the needs of all parties, with lower installation and operating costs than bottled or liquefied oxygen.

The raw air is compressed by the air compressor and then enters the backstage air storage tank. Most of the oil, liquid water, and dust are attached to the container wall and then flow to the bottom of the tank and are discharged from the drain valve periodically, and part of it enters into the compressed air purification system with the airflow.

a. Small size, easy to carry.

b. Large oxygen storage capacity, comparable to liquid oxygen of the same volume.

d. Simple operation. No open flame is produced when starting. The residue will not pollute the environment after use, no post-treatment, and the volume of the device does not change before and after use.

e. High stability, no special storage conditions required. It can be preserved for a long time.

a. The raw material is air, without any auxiliary materials.

c. Stable performance. The whole set of the gas circuit is a low-pressure system, which can be operated safely and reliably.

f. When the pressure reaches the set position, the gas production will change according to the size of the gas consumption, as much as it is used.

g. The output pressure is stable and the flow rate is displayed by an LED digital display, which is more intuitive and eye-catching.

h. For daily use, only distilled water needs to be replenished. It can be used continuously or intermittently.

k. Easy adjustment of oxygen purity. Oxygen purity is only affected by the oxygen exhaust volume, and the purity of common oxygen production is adjustable between 85% and 90%.

l. The equipment structure is compact in shape and occupies a small area. 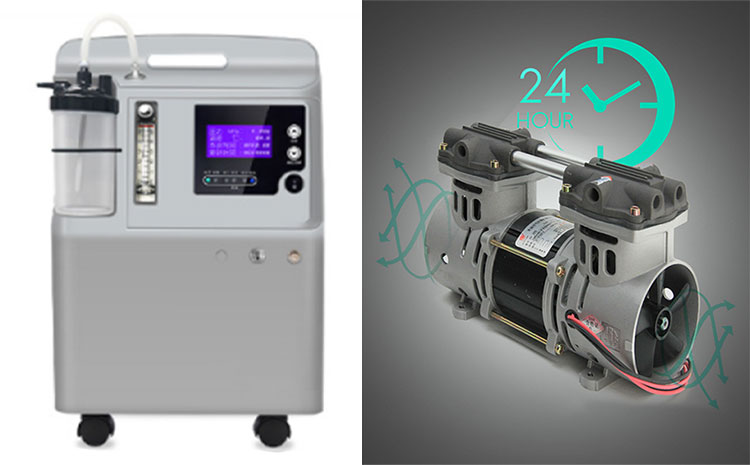 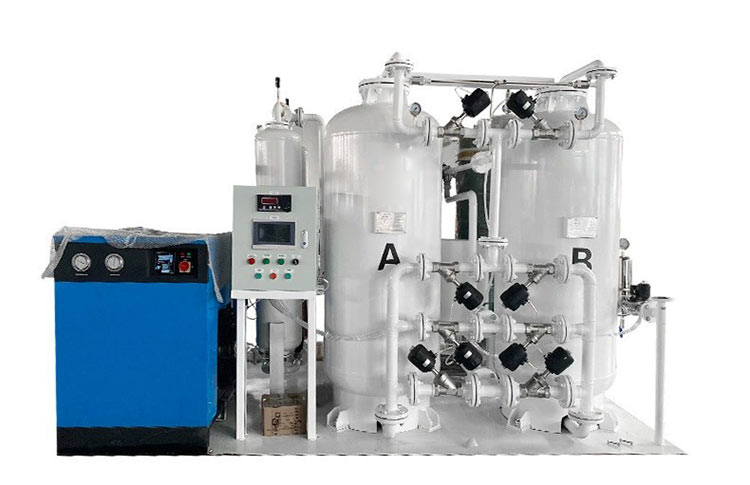 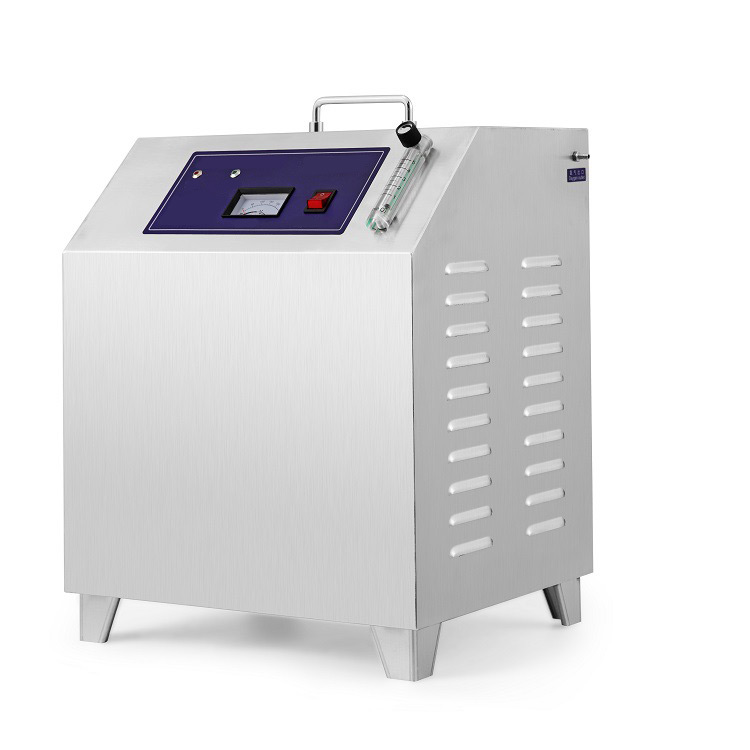 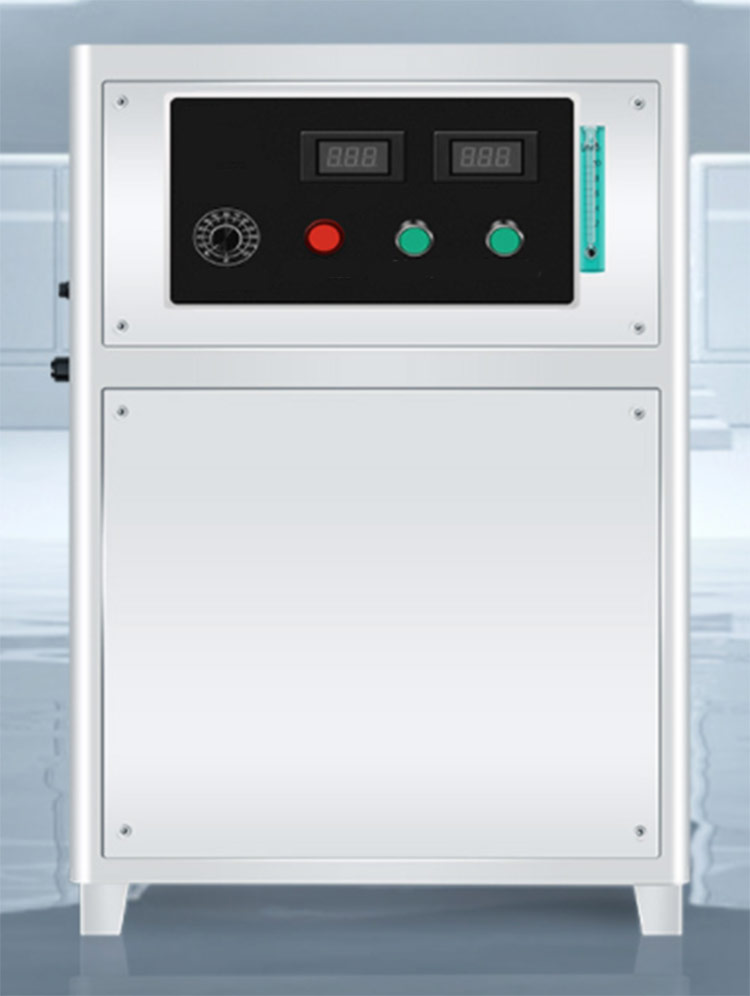 For bioreactor fermenters, maintaining a constant supply of oxygen during cell culture is a challenging task that requires precise control of the high flow rate of oxygen. The invention of the oxygen generator meets the oxygen needs of the laboratory and industrial processes. The performance of a bioreactor fermenter depends to a large extent on the level of dissolved oxygen. Oxygen is soluble, but the solubility of oxygen in water is very low under normal environmental conditions. Actively growing cells can rapidly consume all dissolved oxygen. Therefore, oxygen must be available in a sustainable supply. If the rate of oxygen supply exceeds the rate of cell consumption and dissolved oxygen is maintained within the required range, cell growth will continue at an exponential rate when other nutrients are available. However, when oxygen supply is restricted, the metabolic rate of cells decreases dramatically, affecting growth and leading to a decrease in productivity.

The oxygen generator machine has more advantages than conventional gas supply methods. High purity oxygen can be continuously supplied 24 hours a day, 7 days a week. For laboratories, the use of oxygen generators eliminates the hassle of constantly changing cylinders. The extended functions of the oxygen generator can meet various experimental needs.

The oxygen generators are available in four modes, featuring different flow rates and different purity levels to meet the needs of each type of laboratory. Modular plates allow users to increase throughput when needed by simply adding one or more modules. Under ambient temperature and pressure conditions, oxygen generators use PSA molecular sieves to selectively adsorb impurities such as nitrogen, carbon dioxide, and water from the air to obtain oxygen with high purity.

How to buy oxygen generator?

ANTITECK provide lab equipment, lab consumable, manufacturing equipment in life sciences sector.
If you are interested in our oxygen generator or have any questions, please write an e-mail to info@antiteck.com, we will reply to you as soon as possible.
You may also like:
Orbital Shaker
Cell Scraper & Cell Lifter
Laboratory Homogenizer