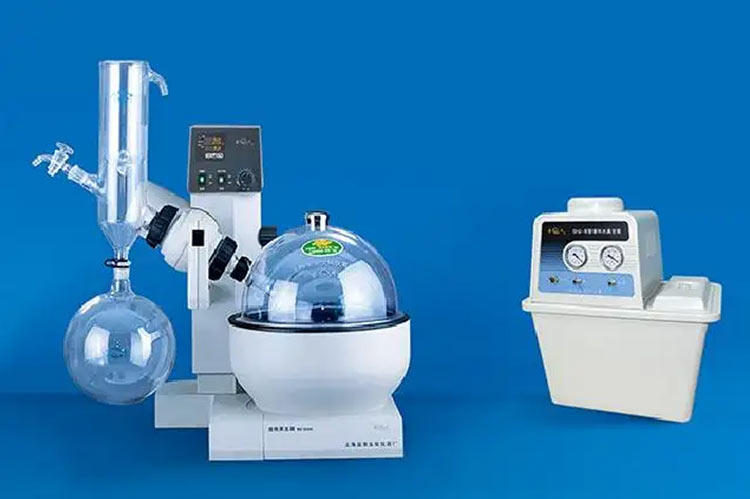 The rotavapor is a fast liquid sample concentration device, which is suitable for the experiments like reflux operation, rapid evaporation of a large number of solvents, concentration of trace components, and the reaction process requiring stirring, continuous distillation of volatile solvents under decompression conditions, etc. Rotary evaporator is usually composed of a rotating motor, distillation bottle, recovery bottle, heating pot, condensing tube, and so on. In the experiment, the sample is heated in a spherical glass container so that it is decompressed and constantly rotated to increase the evaporation surface area and speed up the evaporation.

The rotary evaporator is one of the commonly used laboratory equipment. It is mainly applied in the field of pharmaceutical research & development and pharmaceutical production, chemical industry, biopharmaceutical, and the scientific research laboratories in universities of chemistry, pharmacy, material engineering, biomolecules, food, disease control about the technologies of concentration, crystallization, drying, separation, and solvent recovery. The rotary evaporator is a standard product for organic chemistry research laboratories. In those industries, rotary evaporators are generally required with airtightness that is less than 100pa (1m bar).

The distillation flask is an eggplant-shaped or round-bottom flask with a standard grinding mouth interface. It is connected to the pressure relief pump by one opening of a high reflux serpentine condenser pipe. Another opening of the high reflux serpentine condenser pipe is connected to a receiving flask for picking up the evaporated organic solvent. Between the condense pipe and decompression pump, there is a three-way piston. When the device system is in contact with the atmosphere, the distillation flask and the receiving flask can be removed together to transfer the solvent. When the device system is connected to the decompression pump, it should be in a decompression state.

Before use, the rotovap should be decompressed, and then switch on the motor to turn the distillation flask. Before finishing the operation, the rotary vacuum evaporator should be shut down first and then pass the atmosphere to prevent the distillation flask from falling off in rotation. As a heat source for distillation, it is often equipped with a corresponding constant temperature sink. 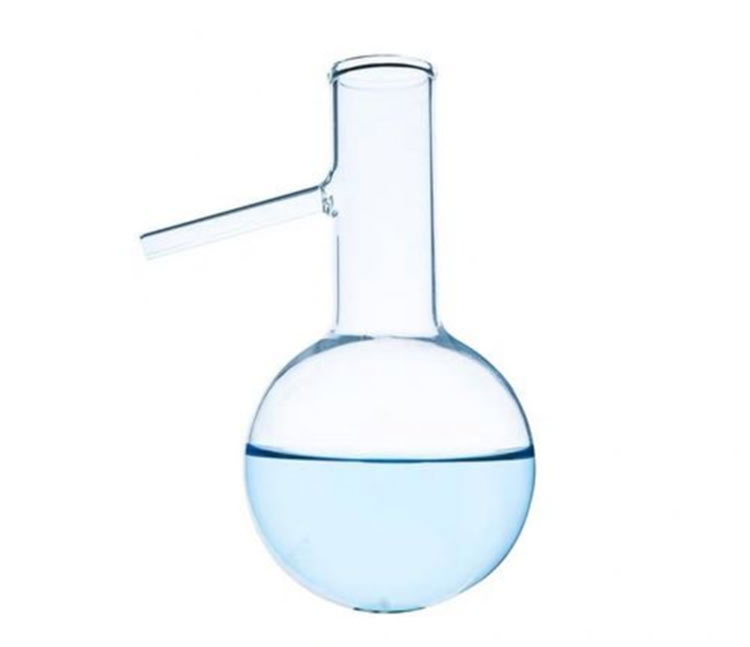 1. When heated in a distillation flask, the amount of liquid should not exceed 2/3 of the volume and not be less than 1/3 of it too.

2. The flask should be placed on an asbestos net when heating so that it is evenly heated. It can also be heated in other hot baths.

3. When used with experimental accessories, appropriate rubber plugs should be selected. Meanwhile, pay special attention to checking for good airtightness of it.

4. When having distillation, it is best to add a small amount of zeolite or broken porcelain at the bottom of the bottle in advance to prevent boiling.

5. After distillation, the piston must be closed first before stopping heating to prevent sucking the sample back into the machine.

6. The position of the mercury bulb in the thermometer should be flush with the lower edge of the outlet of the distillation flask when having distillation.

How does a rotavapor work?

Rotary evaporators are mainly used for continuous distillation of large quantities of volatile solvents under decompression. It can also be used to separate and purify reaction products that are produced by the concentration of extraction liquid or distillation of receiving liquid during chromatographic separation.

The basic principle of the rotary evaporator is vacuum distillation. The boiling point of the liquid in an evaporator is changing according to the changes in the external pressure. Because the vacuum pump lowers the internal pressure in the device system, the boiling point of the liquid is lowered too, and substances that will have been thermalized, oxidized, or polymerized before they reached the boiling point during atmospheric distillation can be distilled before they are decomposed. Then, the solvent steam is cooled by the efficient glass condenser and recycled into the collection bottle, which greatly improves the evaporation efficiency.

By electronic control, the flask rotates at a suitable constant speed to increase the evaporation area. The distillation flask is kept in a condition of sub-pressure by a vacuum pump to let it rotate and heat in a water bath at a uniform temperature. The solution in the flask is heated and diffused to evaporate under sub-pressure in the rotating flask. A rotary evaporator system can seal decompression to 400 ~ 600 MMHG. If the solvent in the distillation bottle is heated in a heating bath, the heating temperature is equivalent to its boiling point.

At the same time, it can be rotated at the speed of 50 ~ 160 RPM which leads the solvent to form a thin film and increase the evaporation area which means the distillation flask is rotating constantly during the distillation process. In addition, by using the high-efficiency cooler, hot steam can be rapidly liquefied that accelerating the evaporation rate. 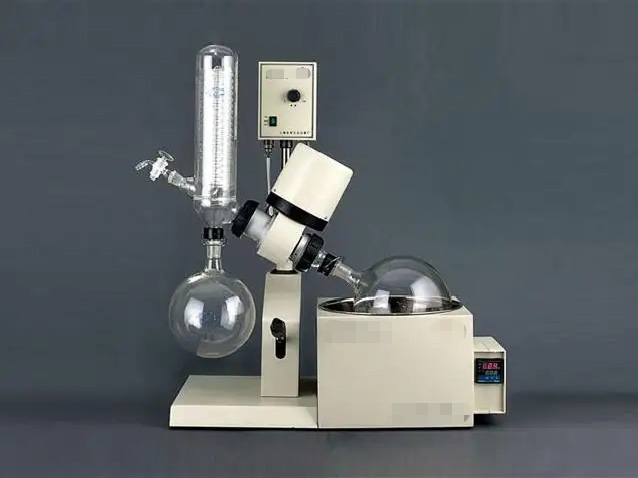 How to use the rotavapor?

1. Turn on the cryogenic coolant circulation unit.
First, press the power.
Second, press the refrigeration button to lower the inner temperature.
Third, open the cycle device when it is at the required temperature.

2. Turn on the circulating device.

4. According to the operation needs to adjust the height of distillation flask height, the speed of rotation and set the appropriate water bath temperature.

5. When finished steaming, the operator should stop rotating first and connect to the atmosphere, then stop the pump, and finally remove the distillation flask.

Notices of the rotavapor

3. Water must be added before the heating tank is powered on. Dry burning without water is forbidden.

4. If the vacuum degree is too low, pay attention to the airtightness of joint, vacuum tube, and glass bottle.

5. When the air-sensitive material is rotated, a nitrogen ball should be connected to the exhaust port and then nitrogen should be passed to discharge the air in the evaporated instrument. The sample bottle should be connected to the evaporated instrument after that. After finished steaming, it is needed to outlet the nitrogen to boost the pressure, then turn off the pump, remove the sample bottle and seal it.

6. If the sample is very sticky, the device should be rotated slowly or manually to form a new liquid level to facilitate solvent evaporation.

How to buy rotavapor?

ANTITECK provide lab equipment, lab consumable, manufacturing equipment in life sciences sector.
If you are interested in our rotavapor or have any question, please write an e-mail to info@antiteck.com, we will reply to you as soon as possible.
You may also like:
Dry bath incubators
Lyobeads Forming System
CO2 incubator