What is thin layer chromatography machine? 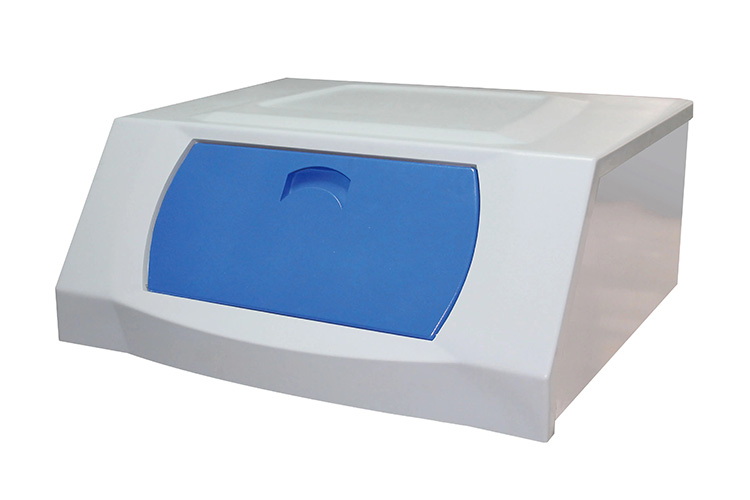 What is thin layer chromatography?

In 1938, Izmailor and Schraiber coated a thin layer of alumina on a microscope slide, spotted the substance to be separated on the thin plate, and placed the unfolding agent vertically on the sample point ZX with a capillary tube, and the unfolding agent flowed out from the capillary tube, thus successfully separating the components of a variety of plant alcohol extracts.

In the 1950s, K. Rehner and Miller, based on the previous research, used silica gel as the adsorbent and gypsum as the binder, coated the silica gel on a glass plate to make a thin layer, and carried out the separation of substances, which is also the thin layer chromatography in the modern sense.

Thin-layer chromatography takes advantage of the different adsorption capacity of each component to the same adsorbent so that in the process of mobile phase (solvent) flowing through the stationary phase (adsorbent), adsorption, desorption, re-adsorption and resorption are continuously generated, thus achieving the separation of each component from each other.

The main principle of using silica gel and alumina as support agents, for example, is the difference between the adsorption force and the partition coefficient, which allows the mixture to be separated. As the solvent moves along the adsorbent, it takes the components of the sample with it, while continuous adsorption and desorption, as well as repeated partitioning, takes place.

The process of uniformly spreading the stationary phase (adsorbent) on a smooth surface of a thin layer plate and spotting the sample solution to be analyzed on the appropriate position at one end of the plate is called spotting.

The sample solution point is called the origin point. Put the thin plate in a closed unfolding tank (chamber), dip the sample end in the appropriate official solvent, with the capillary action of the adsorbent on the thin plate, the solvent carrying the separated components to move forward is called development.

Conventional thin layer chromatography scanner is a full wavelength scanner that offers a choice of wavelengths in the range of 200-800nm and determines the substance content by detecting the intensity of light absorption by the sample. The scanner can also detect the intensity of fluorescence generated by UV irradiation at 254nm or 365nm, allowing for specific detection.

The scanning methods of conventional scanners are divided into single-beam scanning, dual-beam scanning and dual-wavelength scanning.

Single-beam scanning uses a single beam. The instrument is simple in structure, but the baseline is unstable and rarely used in practice.

Like conventional thin-layer scanners, both cameras or progressive scanners have light detection systems, which are components that linearly convert the amount of light into an electrical signal. The difference is that cameras and progressive scanners can further convert the electrical signal into a computerized image, where the color shades of individual dots (pixels) in the image reflect the intensity of the light.

Therefore, thin-layer digital imaging is closer to human eye observation and detection, and the results are more intuitive, making it ideal for identification, especially for fingerprint mapping of herbal medicines.

Use of thin layer chromatography machine 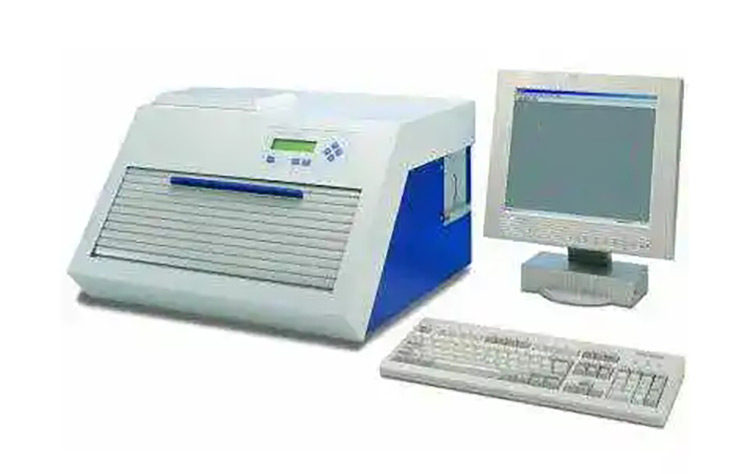 a. Mix 1 part of stationary phase and 3 parts of water in a mortar in one direction. After removing the air bubbles on the surface, pour it into the applicator. Move the applicator smoothly on the glass plate for coating (thickness 0.2-0.3mm). Remove the thin layer of coated glass plate, place it on the horizontal table to dry at room temperature, and then bake it at 110℃ for 30 minutes. Place in a desiccant oven and set aside. Check the uniformity before use (it can be examined by transmitted light and reflected light).

b. The sample was spotted on the thin layer plate with a spotter, generally as a round spot. The sample baseline is 2.0cm from the bottom edge, the diameter of the sample points and the distance between the points are the same as the paper chromatography method, and the distance between the points can be seen as the spread of spots to not affect the detection. Point sample must be careful not to damage the surface of the thin layer.

ANTITECK provide lab equipment, lab consumable, manufacturing equipment in life sciences sector.
If you are interested in our thin layer chromatography machine or have any questions, please write an e-mail to info@antiteck.com, we will reply to you as soon as possible.
You may also like:
Amino Acid Analyzer
Capillary Electrophoresis Instrument
Fraction Collector