What is microwave-induced plasma?

Microwave-induced plasma is an analytical instrument used in the field of food science and technology. It can be used in mining, food and agriculture, chemical, petrochemical, and manufacturing industries to detect inorganic elements in liquids.

What is microwave plasma?

Microwave plasma is a microplasma produced under an atmospheric pressure environment. It is widely used as an excitation source for atomic emission spectroscopy in gas chromatography.

An ionized gas-like substance consisting of positive and negative ions produced by the ionization of partially deprived electrons from atoms and atomic clusters with scales larger than the Debye length of macroscopic electrically neutral ionized gas, whose motion is mainly governed by electromagnetic forces and exhibits remarkable collective behavior. It is widely present in the universe and is often regarded as the fourth state of matter existence excluding solid, liquid, and gas. Plasma is a good conductor of electricity and can be captured, moved, and accelerated using cleverly designed magnetic fields. The use of microwave band technology not only allows microwaves to be precisely directed to the interstitial region but also reduces unnecessary loss of radiation from outer space, which facilitates the coupling efficiency, resulting in a high-density plasma.

The high temperature of plasma can provide a high enthalpy working medium to produce materials that cannot be obtained by conventional methods. It has the advantages of a controlled atmosphere, relatively simple equipment, and the ability to significantly shorten the process, so plasma technology has developed considerably.

The most common plasmas are electric arcs, neon, and fluorescent light-emitting gases, as well as lightning and auroras. With the development of science and technology, people have been able to generate plasma artificially by a variety of methods, resulting in widely used plasma technology. In general, plasmas with temperatures around 108K are called high-temperature plasmas and are currently used only in controlled thermonuclear fusion experiments. Plasmas with industrial applications are low-temperature plasmas with temperatures between 2×103 and 5×104 K, which can last for several minutes or even tens of hours, and are mainly obtained by gas discharge and combustion methods. Gas discharge is also divided into arc discharge, high frequency induction discharge and low-pressure discharge.

b. The ratio of electron temperature and ion temperature to neutral gas temperature is very high, and the carrier gas maintains a suitable temperature. This property, in the case of vapor phase deposition, allows the temperature of the substrate not to be too high.

d. There are no internal electrodes. There is no substance other than the working gas inside the plasma vessel. It is clean and free of contamination sources. The plasma generator can maintain a long lifetime.

e. Plasma can be confined in an agreed space using magnetic confinement. Microwave junctions and magnetic circuits can be compatible.

f. High safety factor. The high voltage source and plasma generator are isolated from each other, which is not possible with DC plasma. Microwave leakage is small and radiation safety standards are easily met. This is difficult to achieve with high-frequency induction plasma.

g. Microwave generators are stable and easy to control.

h. Microwave plasma, in many cases, is a relatively quiet plasma, not accompanied by high noise levels like DC discharges.

i. Low cost of use. Automatic operation eliminates the need for flammable or expensive gases, which significantly reduces operating costs.

j. Greater laboratory safety. Eliminates the risks associated with the use of flammable and oxidizing gases, the need to introduce multiple gases into the lab, or the manual handling and handling of cylinders.

High-purity nitrogen is passed into the torch tube, and through the interaction of the magnetron and the wave-guide device, a high-frequency magnetoelectric field is formed at the excitation position of the moment tube, ionizing the nitrogen into a microwave plasma with a temperature controlled at 5000K. The sample aerosol is introduced into the nitrogen gas through the injection system and forms the atomic emission of the element under test in the torch tube. Subsequently, the emission light from the atomic and ion spectra is introduced into the fast-scanning monochromator for spectroscopy and finally detected by the detector. 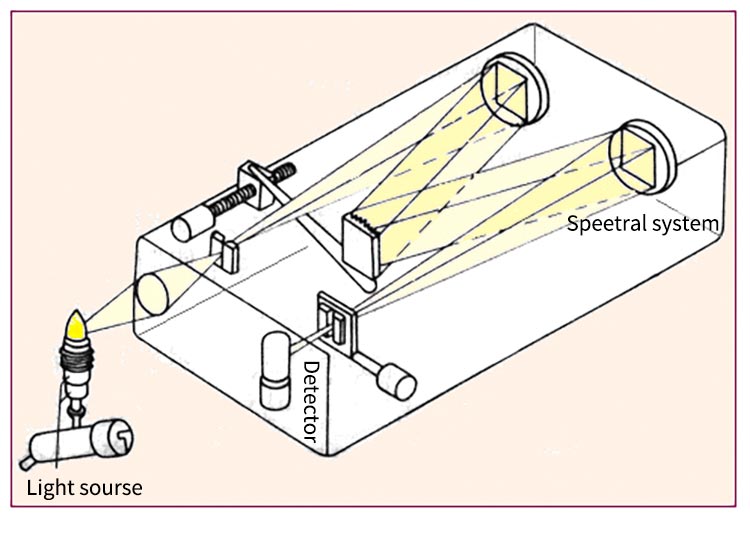 A. Microwave for tea-making process

The use of microwave technology in the tea-making process can give full play to the microwave thermal effect and non-thermal special effect, the speed of warming. The water molecules in the tea are polarized in the microwave electromagnetic field, so the tea is rapidly warmed up from deep inside to reach the critical point temperature of passivating enzymes, which is very suitable for green tea and other special tea killing and drying operations. The effective nutrients of tea leaves are not lost. And the color, aroma, and taste are greatly better than the traditional processing methods.

Microwave technology in the pharmaceutical industry is mainly used in the following areas: powder, granules, tablets, pills, mucilage, and other pharmaceutical products drying sterilization, herbal medicine, rapid drying, insecticide, and sterilization. Microwave extraction of herbs, sterilization of oral liquids, etc. Microwave can evenly and quickly dry 1-6 cm thick wood boards, and it only takes ten minutes to dry, and does not open fissures and small, while killing the eggs and larvae inside the wood; it can also be curing treatment of plywood or splicing and bamboo products drying, mold, sterilization.

Microwaves can be used to sterilize and kill insects at a lower temperature, and it can handle food, medicine, tobacco, wood, etc. The heating speed is not affected by the thickness and shape of the material.

The sulfur in raw coal is in the form of pyrite. Pyrite has a higher sulfur content than coal, so the use of microwaves allows pyrite to be selectively heated to react with the gas for desulfurization, while coal is not affected. An ideal method is intermittent heating with a pulse wave of 0.1 seconds duration, then the pyrite ore is heated to a high temperature of 650 ℃. This method is effective in removing sulfur without the need for expensive catalysts thus saving money and reducing the environmental pollution.

Microwave plasma technology has been used in semiconductor production processes for the etching, sputtering, vapor deposition, and oxidation of silicon wafers. It can also be used for surface treatment of metals, alloys, and non-metals; it can be used for plasma spectroscopy to detect more than a dozen elements.

Microwave biological effects are divided into thermal and non-thermal effects. Its thermal effect in the medical aspects of microwave physiotherapy, with radiotherapy and chemotherapy for the treatment of cancer through heat. In addition, it can be used to microwave heating plasma and thaw frozen organs. It can also be designed microwave scalpel, open the knife to stop bleeding quickly and less bleeding.

Microwave measurement is highly accurate, so it is suitable for continuous measurement in production and has been widely used for distance measurement, temperature measurement, thickness and speed measurement, etc. Microwaves can be used for uniform densification sintering of ceramics up to 2000℃ to obtain large-size fine ceramics. Microwave has a wide range of applications in chemistry, such as extraction, hydrolysis, catalytic reactions, etc.

Use of microwave-induced plasma

a. Drain the water in the peristaltic pump tube before blowing.

b. Place the extractor fan duct on the MP air vent to ensure the laboratory environment, the temperature at 20-25℃, humidity 50-70% (when the laboratory is open to air conditioning, you need to keep the extractor open to prevent condensation from entering the instrument).

c. Perform "wavelength calibration" on the instrument once a month.

d. Make sure the concentration of the test sample is between 1-10ppm.

f. Drain the water from the compressor and dryer.

How to buy microwave-induced plasma?

ANTITECK provide lab equipment, lab consumable, manufacturing equipment in life sciences sector.
If you are interested in our microwave-induced plasma or have any questions, please write an e-mail to info@antiteck.com, we will reply to you as soon as possible.
You may also like:
Polarographic Analyzer
Coulometer
Karl Fischer Moisture Meter