High performance liquid chromatography-mass spectrometry in lab
Content
1. What is HPLC-MS?
2. Application of HPLC-MS
3. HPLC-MS working principle
4. Advantages of using HPLC-MS
5. Types of HPLC-MS
6. HPLC-MS specifications and features
7. Effect of contaminants on HPLC-MS
8. How to use HPLC-MS?
9. How to maintain HPLC-MS?
10. How to order HPLC-MS?

The applications of liquid chromatography-mass spectrometry (LC-MS) in various fields are as follows.

In biochemistry
Compounds in living organisms are strongly polar, difficult to volatilize and have significant thermal instability, and at the same time, these compounds often appear in a mixture of proteins, peptides and nucleic acids, while HPLC-MS is highly capable of separating non-volatile, strongly polar, thermally unstable and high molecular weight compounds; mass spectrometry can accurately characterize compounds in complex mixtures, so liquid mass spectrometry as a biochemical analysis Therefore, liquid chromatography is gaining more and more attention as a powerful tool for biochemical analysis.

In pharmaceutical analysis
In the field of drug analysis research, most pharmaceutical is more polar compounds, and the wide range of liquid chromatography analysis and the high specificity of mass spectrometry can improve more qualitative structural information and high detection sensitivity. Liquid mass spectrometry is capable of multi-stage cleavage of excimer ions, which provides relative molecular weights of compounds as well as rich fragmentation information. In the impurity study and pharmacokinetic study phases of drug development, where the blood concentration of impurities and pharmacokinetic samples are usually low and the analysis is difficult and interfering, liquid mass spectrometry can rapidly and accurately determine trace substances in drug analysis due to its high selectivity and sensitivity.

In addition to the ability to analyze strongly polar, difficult to volatilize, and thermally unstable compounds, high-performance liquid chromatography-mass spectrometry has the following advantages:

1. With a wide analytical range, HPLC-MS can detect almost all compounds, which can easily solve the problem of analyzing thermally unstable compounds.

2. Even if the analyzed mixtures are not completely separated on the chromatogram, the characteristic ion mass chromatogram of HPLC-MS can be used to give their respective chromatograms for qualitative and quantitative purposes.

3. Reliable qualitative analysis results, LC-MS can give the molecular weight and rich structural information of each component at the same time.

4. The detection limit is low and the sensitivity of HPLC-MS is high, and the detection capacity can be increased by more than an order of magnitude by selecting the ion detection method.

5. The analysis time is fast and the liquid chromatographic column used in LC-MS is a narrow diameter column, which shortens the analysis time and improves the separation effect.

6. Highly automated, LC-MS has a high degree of automation.

With the advent of matrix-assisted laser desorption ionization and the development of computers, TOP was rapidly developed in the 1990s. Currently, the best time-of-flight mass spectrometers are capable of resolutions up to 20,000 Da and measure the mass numbers of molecules with very high accuracy. Time-of-flight mass spectrometers have largely replaced high-resolution dual-focus magnetic fan analyzers, but they cannot effectively utilize selected ion monitoring modes for analysis. 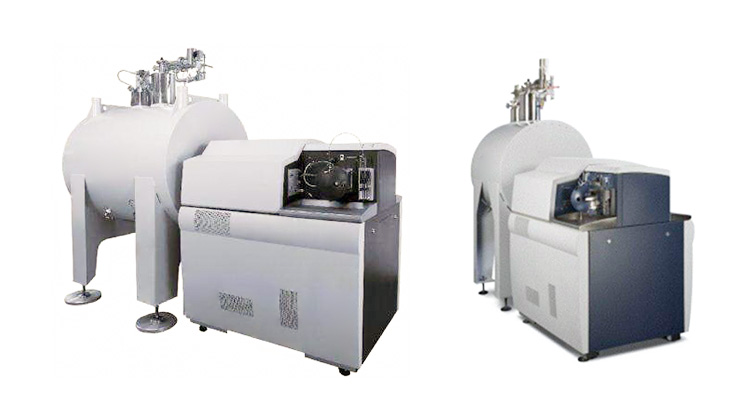 FT-ICR-MS has become an effective tool in the basic study of gas-phase ion-molecular reactions. This mass spectrometry is widely used in the study of biological macromolecules when coupled with an ESI ion source, and is able to take full advantage of its high resolution and accuracy.

Effect of contaminants on HPLC-MS

The sensitivity, selectivity, reproducibility, and separation of LC-MS analyses are affected by contaminants such as metal ions, phthalates, polyethylene glycol (PEG), slip enhancers, water, and particles entering the system from various sources, including:
* Reagents and solvents
* Water used to prepare buffers
* Chemicals leached from glassware
* Microcentrifuge tubes
* Inlet filters
* Solvent lines
* Instrument components, such as pump seals
* Gases for desolventizing eluate in the source and collision chamber
*The sample itself

Thus, contaminants can interfere with the analysis by:
a. Inhibiting or enhancing the ionization of the analyte in the source
b. Forming adducts with the analyte
c. Masking analyte peaks and/or appearing as ghost peaks in the chromatogram
d. Making the baseline noisy
e. Scaling systems and columns, requiring frequent maintenance and replacement parts

To minimize contamination
a. The mobile phase should be prepared using high purity solvents, water, and reagents.
b. Freshly prepared mobile phases must be used to minimize the possibility of microbial contamination of aqueous mobile phases and acetonitrile (ACN) polymerization.
c. Cleaning glassware with soap or detergents should be avoided as they can be difficult to remove and can cause interference during the analysis.
d. High purity gases must be used (e.g., commonly used nitrogen of >95% purity).
e. The nitrogen generator must be well maintained and the gas cylinder must be replaced when the pressure drops below acceptable levels.
f. Analytes must be extracted from the sample matrix and chromatographic parameters must be optimized to improve the separation of analyte peaks from interfering peaks.

How to use HPLC-MS?

Verify the initial state of the HPLC-MS

1. Verify that the tubing between the column outlet of the liquid chromatograph and the population entering the ion source of the mass spectrometer is connected and disconnected if it is.

4. Check the color of the pump oil and the oil level of the low vacuum pump of the mass spectrometer

1. Turn on the main power switch of LC-MS instrument self-test; however, the basic method is similar. That is, first start .

2. The procedure of starting the vacuum system will be different for different LC-MS instruments, but the basic method is similar. That is, first start the mechanical pump, and after reaching the low vacuum requirement or automatically start the molecular turbine pump, or first turn on the host switch of the mass spectrometer and let the molecular pump start pumping high vacuum.

4. When the self-test of liquid chromatograph and mass spectrometer is passed, the power-up phase of the instrument is completed.

5. Activate the software to ensure that the system's software connects the liquid chromatography with the mass spectrometer.

When you are ready to leave the instrument overnight after daily work, you should enter the following state:
1. First disconnect the connection line between LC and MS, switch the flow valve of I.C. so that the 1C effluent is fed into the waste reservoir.

2. Turn off the multiplier voltage on the computer screen and allow the heating components of the mass spectrometer (if any) to cool down to below the specified temperature, and then exit the corresponding working interface.

3. Turn off all working gas lines, except for some working gas lines that require N. to maintain the required gas flow during overnight standby, and turn off the booster valve of the liquid nitrogen tank.

4. Leave the vacuum system of the mass spectrometer in operation.

Start up the LC-MS instrument the next day after the above mentioned overnight condition, which is called a hot start.

How to maintain HPLC-MS?

1. When using HPLC-MS, use a regulated power supply UPS to ensure that the instrument power supply voltage is stable and continuous. Especially the impact of power failure on the liquid chromatography-mass spectrometer.

2. Flush the LC-MS system and clean the nebulizer chamber with isopropyl alcohol solution daily, and open the shock valve regularly to shock the air. For ESI sources, do this at least once a week. For the APCI source, do it once a day to ensure the capillary is clean.

4. Replace the vacuum pump oil off the liquid chromatography-mass spectrometer once a year or half a year.

5. Control the sample running environment, including temperature and humidity.

6. Clean the injection needle and injection valve of the liquid chromatograph-mass spectrometer after the experiment is finished. After using the mobile phase containing acid, the column and ion source should be rinsed with methanol or water.

8. The mobile phase should be ready to use, preferably not overnight, and must be fresh.

9. Replace the electron multiplier of the liquid chromatograph-mass spectrometer regularly.

10. It is better to split the flow when doing the coupling, a to use the conventional column, b to shorten the analysis time, and c to extend the life of the mass analyzer.

11. Turn off the capillary temperature before changing the liquid chromatograph-mass spectrometer down, and stabilize for some time before turning off the power, to avoid the fan to stop the rotation of the capillary periphery of the heat diffusion inward, easy to cause the internal circuit and electronic components aging accelerated.

How to order HPLC-MS?

ANTITECK provide lab equipment, lab consumable, manufacturing equipment in life sciences sector.
If you are interested in our HPLC-MS or have any questions, please write an e-mail to info@antiteck.com, we will reply to you as soon as possible.
You may also like:
Amino Acid Analyzer
Piston Pump
Peristaltic Pump